Share All sharing options for: Dynamo Implode Against Rapids, Fall 3-0

That's it. That's all you need to know. A red card for Lovel Palmer and three Rapids goals before the 25th minute and that was all she wrote for the Houston Dynamo on Saturday night.

Disappointing doesn't even begin to describe the feeling right now. It's one thing to lose, it's another to just get taken behind the woodshed.

I suppose I should write up a nice match report, full of information and details but what's the point. We all saw what happened in Commerce City tonight and if you didn't, feel lucky to have missed it.

Did Lovel Palmer deserve the red? Yes, it's hard to argue that point. Trouble is, Abbey Okulaja and the rest of the USSF muppets didn't bother to notice that Maestroni kicked out as well. At this point thought, it's really not better than crying over spilt milk. The Dynamo got over run once they went down to 10-men and were never able to recover.

I got a phone call from a fellow Dynamo fan at halftime who said he's never been so angry with this team before. After the first 45 minute, I couldn't really disagree. I promise I'll write something more legitimate and more professional tomorrow but for now I'm going to drown my sorrows in beer...hey, at least I'm honest.

On to the next game...DALE DYNAMO! 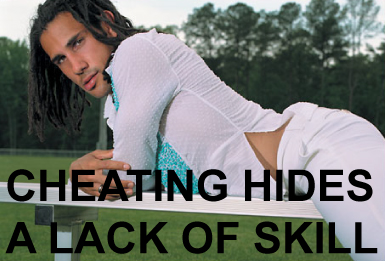