All right stop, collaborate and listen, Ginge is back with a brand new edition (of the Anti-Power Rankings), something grabs a hold of you tightly, flow like a harpoon daily and nightly.

Will it ever stop? yo I don't know...turn off the lights and the APR will glow.

To the extreme I rock a blog like a vandal, light up the net and wax a chump like a candle.

Read! Go rush past the jump that looms! I'm killing your brain like a poisonous mushroom. Deadly when I write a dope post, anything less than the best is a felony.

Love it or leave it you better gain weight, you better hit bull's eye the Ginge don't play...if there was a problem yo I'll solve it, check out the rankings while the Ginge revolves it.

Yo man, let's get out of here....Anti-Power Rankings, too cold...too cold.

#5 - Did you know that Jose Mourinho is awesome? You didn't? Well, he is. Just thought you should know.

#4 - Sir Alex Ferguson & Wayne Rooney: It's not the fact that Sir Alex held Rooney out of the United's 3-3 draw at Everton last weekend. It's the fact he came out and said he didn't want "The Boy" to receive abuse from the Everton supporters. Way to make your star striker sound like a complete wuss. Rooney cheated on his then pregnant wife with a prostitute...he's going to get abused for awhile everywhere he goes. Instead of taking his medicine last weekend and playing, Rooney was in hiding somewhere while his coach sold him up the river.

#3 - Tom Hicks: JUST GO AWAY TOM. Sell your stake in Liverpool, get the hell out of organized sports and go bury a different company in unfathomable amounts of debt...and this is coming from an Evertonian. I watched the nightmare you put the Texas Rangers through this season and while the succeeded despite your pathetic incompetence, the fact remains you are one of the worst owners in the history of sports. GET OUT OF SOCCER!

#2 - Preki vs. Canada: I get that Preki is a proud guy, but is really productive to take shots at a couple Toronto FC players on your way out the door? You did alright at Chivas USA and you clearly aren't a bad coach, but I don't think there is much beyond MLS at this point for you. Getting in to a verbal pissing match in the media with De Guzman and DeRo is probably not the best choice is you still want to coach in the league. Then again, maybe another owner won't care. Either way, it's petty and stupid and doesn't do much to improve fans perception of you.

#1 - Thierry Henry's Celebratory Kick of Doom: It was a big goal for the New York Red Bulls, an equalizer in stoppage time of the first half, plenty of reason to celebrate...unless your celebration causes MCL damage to the opposing team's goalkeeper. Smooth move dude. I'll admit I was a bit torn by this event thanks to my pro-Irish sympathies and my anti-Dallas feelings. Part of me wanted to celebrate Henry and the other half wanted to shake a fist at him. In the end, the fact that a player was hurt and could miss the rest of the season thanks to a bonehead decision, I think it's pretty clear that Henry made a dumb decision. The focus now falls on the league office. Do they punish Henry for his poor decision making with a fine and/or suspension, or do they try to sweep it under the rug because Henry is a big star and they are desperate for him to stay on the field as much as possible to keep sponsors happy? 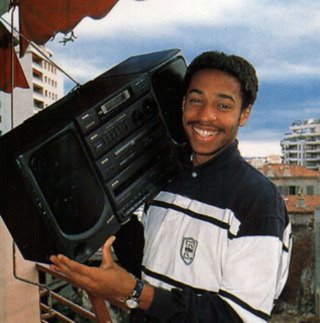