MLS Draft 2011: Kofi Sarkodie and Will Bruin Join the Dynamo

Share All sharing options for: MLS Draft 2011: Kofi Sarkodie and Will Bruin Join the Dynamo 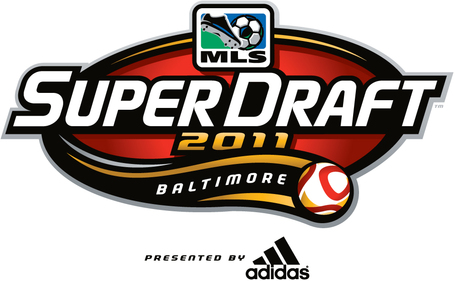 The Draft isn't even an hour old and it's already a tremendous success for our beloved boys in naranja.

The Houston Dynamo selected fullback Kofi Sarkodie (5' 9", 155lbs) with the 7th pick in the 2011 MLS SuperDraft. Sarkodie was part of the Akron Zips National Championship team this year and was easily the best fullback available in the draft.

I've had my eye of Sarkodie for awhile but I honestly didn't expect him to be available at the 7th pick. In addition, he plays the same position as new signing Hunter Freeman so I'm not sure what the Dynamo plan will be. There is no doubt that the Dynamo selected the best player on the board. 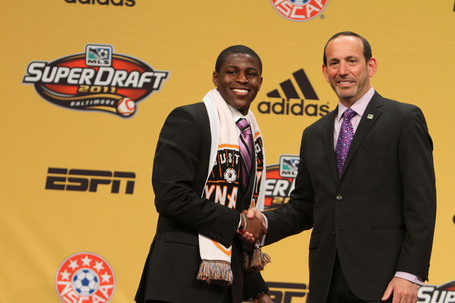 So how will Sarkodie fit in with the Dynamo? Well, it's hard to say. I know, it's a bit of a cop out, but there is a debate about whether Sarkodie would be more effective in a winger/midfield role or if he's a good enough defender to remain at the fullback position. Obviously, the Dynamo coaching staff see a role, whether immediate or in the future, for him so it will be interesting to see where Sarkodie plays in the pre-season so we can get an idea of just what the coaches are thinking.

I'm sure some fans will lament skipping over the forwards that were available at the seventh spot, but this is a great pick or a big time young talent who will not effect the salary cap thanks to Sarkodie's Generation adidas status.

...and just as I'm about to hit send on the post, the Dyanmo trade allocation money to the Portland Timbers for their 11th pick. The Dynamo them immediately selected Will Bruin (6' 2", 194lbs), forward from the University of Indiana. 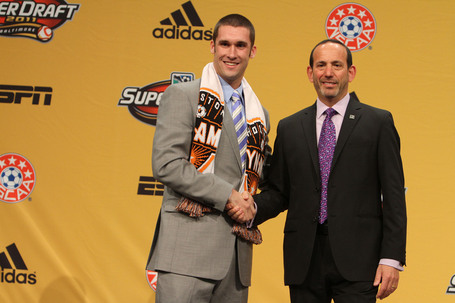 This is outstanding! Bruin is a big strong, forward that can learn from Brian Ching and develop in to the striker of the future for Houston. Here are some details about Bruin's just completed junior season at Indiana: College Soccer News first-team All-American, MAC Hermann Trophy semifinalist, named Big Ten Offensive Player of the Year and a first-team All-Big Ten selection, named to the Top Drawer Soccer team of the season first team, Goal.com Team of the Year first team, first-team NSCAA All-Great Lakes region, Soccer America first-team MVP, led the team in shots (103), goals (18) and points (41).

If you followed the SB Nation Mock Draft, I selected Bruin, feeling he was the strongest forward in the draft and could immediately contribute and benefit from time training and learning from Ching. Bruis is also in the Generation adidas program and his salary will not count against the salary cap.

It's a great day to be a Dynamo fan! More on these picks in the coming days.