Share All sharing options for: Dynamo Announce Date for Groundbreaking on New Stadium

At last, we have a date! The Houston Dynamo have announced that the groundbreaking ceremony for the team's new downtown stadium will be held on Saturday, January 29th from 2-4pm.

We don't much more details than that at this point but more will be coming soon. After five years of hard work by current and former members of the Dynamo organization, our new stadium is finally becoming a reality!

It's an exciting day to be a Houston Dynamo supporter! 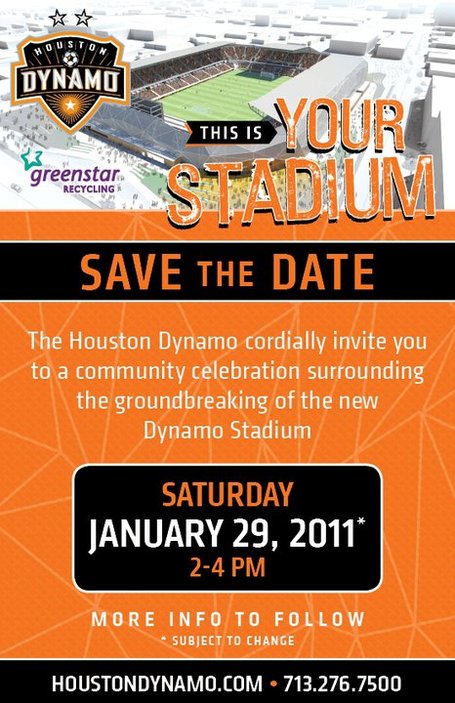