A couple of quick hits going into the 'new' season

Share All sharing options for: A couple of quick hits going into the 'new' season 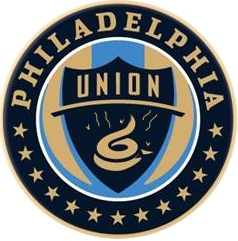 Let's not waste any time getting this started shall we?

But first, a look back:

Yes, you read that headline right. The playoffs are a brand new season with a logic and weirdness all of its own. And right now, while it's clear looking over the time spent since that wonderful win over Frisco in Corpus Christi this past February, that the Dynamo are not the best team in the league, I would not bet against the Orange.

There are many plusses Dynamo have generated for themselves over the last two months, many of which will be analyzed and examined ad infinitum and probably ad absurdum between now and Nov. 3, when this tie with the Phunions will be completed. But here are a few that stand out right now:

1. Getting a goal from a forward was big, and getting a goal from that particular forward is even bigger. Carlo Costly is the ultimate streaky forward, but as anyone who's seen him play for Honduras in CONCACAF competitions can tell you, once that boy gets hot, go hide the fire extinguishers. If he's smelling blood after his goal, that is a HUGE advantage for us.

2. #Davis4MVP If last night didn't convince you, then I'm afraid nothing will. That cross to Costly, not to mention many, many other great moments both large and small has him dominating the Orange like no player I've ever seen, and that includes Dwayne De Rosario. True story from Davis himself: During the 2007 title game, De Rosario was starting to flag in energy, as he does at times. Davis went over to him and screamed at him in no uncertain terms: "Dwayne! Run!" Five minutes later, Davis delivered the ball to his head that DeRo buried for the winner. Sicne that moment, Davis has just gotten better and better. You listening Jurgi?

3. Tally Fuckin' Hall. He almost got back on McBean's goal. Just getting as close as he did after being so far out was amazing in and of itself. (And what a nice moment for that 16-year-old. I'm sure his mommy was proud.)

4. Geoff Cameron at center back. No one makes Bobby Boswell better than No. 20. Hey Phunions, I think you know Geoff Cameron don't you? He's this guy:

Or, as befitting Halloween this weekend. Hey Filthadelphia: