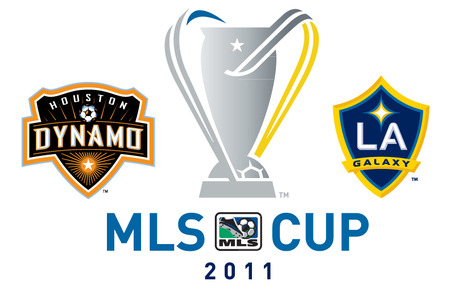 MLS Cup 2011 will match two of the most successful clubs in Major League Soccer history when the LA Galaxy take on the Houston Dynamo. The Galaxy are competing in the MLS Cup Final for a record seventh time, their last appearance in 2009. The Dynamo are playing in MLS Cup for the third time in their six-year history, becoming just the second club to win back-to-back titles in 2006 and '07.

The teams met twice during the regular season. In the first meeting, May 25 at The Home Depot Center, a Landon Donovan penalty kick in first-half stoppage time was the game's only goal. The teams then met in the regular season finale, Oct. 23 at Robertson Stadium. The Dynamo ran out 3-1 winners behind goals from Adam Moffat, Bobby Boswell and Carlo Costly in a vitally important game for their playoff future; the Galaxy's lone goal came from debutant Jack McBean.

The teams have met once in the MLS Cup Playoffs, with a trip to MLS Cup 2009 on the line. In a bizarre Western Conference Championship at The Home Depot Center - twice interrupted by power outages - the Galaxy won 2-0 in extra time on goals by Gregg Berhalter and Landon Donovan.

Winners of the Supporters' Shield with the best overall record in the league, the Galaxy are looking to become the first Shield winner since the Columbus Crew in 2008 to double as MLS Cup champion. Five times the winner of the Supporters' Shield has also gone on to win MLS Cup, including the LA Galaxy in 2002 (also: D.C. United, 1997 and 1999; Kansas City Wizards in 2000). The Shield-winning Chicago Fire lost in MLS Cup 2003.

The Galaxy will be the third team to play MLS Cup on their home ground. In 1997, D.C. United defeated the Colorado Rapids 2-1 before a sellout crowd of 57,431 at RFK Memorial Stadium. In 2002, a golden goal gave the Galaxy a 1-0 win against the New England Revolution before a crowd of 61,216 at Gillette Stadium in Foxborough, Mass., the largest crowd to see the MLS championship game.

The Dynamo are back in the MLS title game for the first time since winning the second of their championships, which came in the first two years of the club's existence after its transfer from San Jose. Both victories came against the New England Revolution, as Houston won on penalty kicks at Pizza Hut Park in Frisco, Texas in 2006, then won 2-1 the following year in Washington, D.C.

The Galaxy have defeated the Dynamo in their last four meetings at the Home Depot Center, including their meeting in the 2009 Western Conference Championship. Houston's last win against the Galaxy in Carson came in 2007, a 3-1 triumph.

Ricardo Salazar, of Bakersfield, Calif., will referee MLS Cup for the first time. He is in his 13th season as an MLS referee and became a FIFA referee in 2005. The assistant referees are Craig Lowry, of New Holland, Pa., and Peter Manikowski of Boston. It's Lowry's fifth MLS Cup; he was the junior assistant last year (also: 1999, 2000, 2003, 2006). Manikowski will be making his first MLS Cup appearance. The fourth official is Hilario Grajeda of Dayton, Ohio.