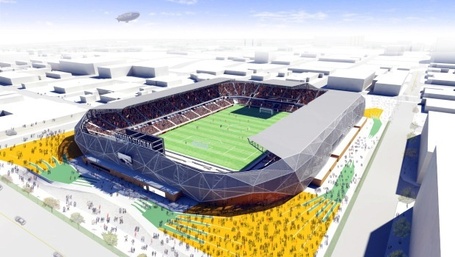 I'm not big on link post, but every once in awhile, it's a good way to distribute a variety of information quickly. It's been a busy couple days for the Houston Dynamo so there is plenty to talk about.

The comments are thankfully free of racism this time, but there is plenty of whining and complaining from people who really don't understand the stadium deal and are convinced the city and county are going to fire as many workers as possible so they can pay for the stadium. Fortunately for us fans, we don't have to care anymore about this troglodytes because the stadium is approved and it's going to be built!

Brian Ching gets a lubricant injected in to his knee three times per year? Kinda creepy...I need to ask him about that.

You can check out photos from the team's practice at the Houston Texas practice bubble, including one of Tyler Deric kicking a field goal. The team posted additional photos here.