Yeah, it hasn't been that long since Cochrane left the Dynamo for the New England Revolution via the Re-Entry Draft. In thosee short few months, Ryan has got himself a new look...or friend...or something living on his upper lip...it could very well be some sort of symbiotic relationship but it's hard to tell. 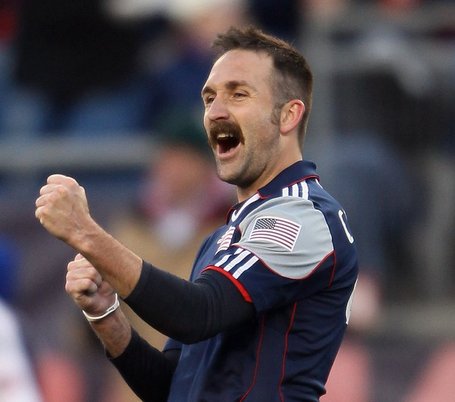 Ryan looks like a turn of the century bare-knuckle boxer. He's clearly set to go 100 illegal rounds on a barge tied to a ship in the bay to avoid the authorities cracking down on illegal underground boxing.