This is the first time the Dynamo have been forced to go through U.S. Open Cup qualifying. Houston had qualified automatically through regular season performance in their first five seasons.

Hard to say what kind lineup we'll see tonight from Dominic Kinnear but it should be a mix of starters and reserves with the likes of Brad Davis, Geoff Cameron, Lovel Palmer and Tally Hall the best candidates to be on the bench. Indications are midfielder Colin Clark will finally get his opportunity to make his Dynamo debut after joining the club last season in the Brian Mullan trade. Clark has been recovering from a knee injury and has been practicing without restriction for the past couple weeks.

We'll have to see how the lineup shakes out tonight but I expect the Dynamo to be competitive. 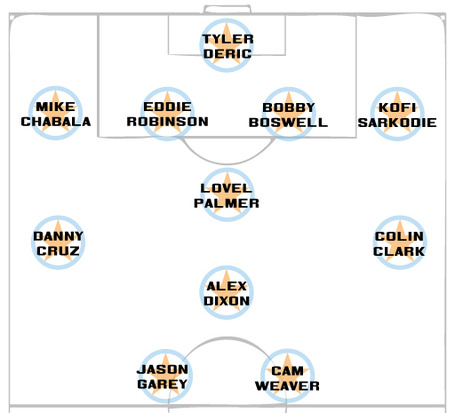