Reading the I, Ching or Trying to Forecast a Brighter Orange Future

Share All sharing options for: Reading the I, Ching or Trying to Forecast a Brighter Orange Future

OK everyone, in the words of a certain Naval philosopher, "That's all I can stand, I can't stands no more!" This is not going to be one of those posts that is meant to fire anybody up. Rather, what I want is to look at this situation, as Gene Kranz once said, in terms of status. "What do have on the spacecraft that's good?"

Well, after a quick look around, that's quite a lot actually. There's no reason to repeat all that has been posted a thousand times before, so here's a quick rundown, in no particular order:

Southpaw Supreme. The best season we've seen yet from Brad Davis. It's clear that he has become the preeminent left-sided midfielder in MLS, and if Bob Bradley had any balls, he would have included Davis in the MNT conversation. Now it's good for Dynamo that Coach Sweatpants did not, but for a guy who bleeds red, white and blue like Davis (who, BTW, was the guy who sank the Gold Cup winning spot kick against Panama six years ago), who would argue that it would not be justified? Davis right now is a sure-fire MLS All-Star and MLS First XI. And if the overall problems with the team were eased somewhat, he'd be putting the assist race away and running with it.

The Dancing Bear. Will Bruin has been nothing short of a revelation, and if this turns out to be John Spencer's final gift to the Houston Dynamo, then it's a fitting legacy to Mr. Shut-Yer-Haggis-Traps. He's as solid a rookie as they come, powerful and smart, which overcomes a certain lack of wheels. With the Flyin' Hawaiian getting a little long in the tooth, it's nice to know that Dynamo has a future target forward growing under the shadow of his Billabong.

No Hall Passes for You. Tally Hall is no Tim Howard, at least not yet. Though he's certainly getting tried by fire. His performance so far this season has shown us all that Dynamo is establishing a legacy of great goalkeeping. Pat Onstad was a legend between the pipes, and it's not often that a legend is replaced quite so ably as Hall has done. And what's more, he's only going to get better. However, let's just say for the sake of argument that I'm off the mark here (Hey, it's happened before.). Many of you, probably most, have not taken in Reserve League matches. But if you had, you would have Houston-area product Tyler Deric just being an absolute monster in the back. This position, at least, looks solid for years.

Random assets. Geoff Cameron, Andre Hainault, the impending return to full health of Brian Ching and, heading off the field, an excellent business and marketing department (Think that doesn't matter? Think again.) and respectful relationship between the team and the supporters (Again, if you think this doesn't matter, Google "Fortgate".) are all solid assets for this club. There is much to like here, and even more, much that many, many teams around the league envy and covet.

So, all that being established, where do we go from here? I have gone on record often that I have doubted Dominic Kinnear's managing this year, specifically, his insistence that Geoff Cameron stay in the central attacking midfield role. As we go forward, can we all please agree to stop calling this positioning an experiment? After more than a year, it is not an experiment, but rather the position that Cameron is playing. It is clear to me, and to others, that Cameron is painfully out of position. I have made that point many times and will not bore us all by doing so again. Rather, here is the lineup I believe brings us the greatest chance of success going forward here now that everyone is back from Gold Cup duty, assuming full health:

I want Bruin in front of Davis to take full advantage of the great service that will be coming from the left. Ching can work with Clark and Cruz on the right the way he used to work with Brian Mullan. Watson, who is probably one of the most technically gifted players on the current squad, moves into CAM, while Geoff Cameron moves in to defensive midfield for Lovel Palmer, who has been somewhat less than stellar this season.

And speaking of less than stellar, Hunter Freeman I think has played his way right onto the bench. Ashe has been a revelation, as playtherapy wrote a while back, as left back, and his mobility, smarts and speed have him meshing very well with Davis in front of him, far better than Chabala did at any point in 2010. Then we spread out the rest of the back line with our three center backs. Hainault has proved this season that his best position is in the center, but of those three CBs, which do you see better suited to take over Freeman's job on the right? Perhaps Taylor, I will admit.

With a glut of centerbacks (four top quality ones if you count Geoff Cameron), it is possible that one or two of them will best serve our team as trade bait. If I have to choose one to deal, it would be Bobby Boswell and/or Jermaine Taylor. I think Bos has more trade value since Taylor is still something of an unknown quantity. Lovel Palmer could also qualify for me as trade bait, but without playing Football Manager too much here and not knowing what might be coming our way, giving to get and all that, it would be foolish for me to venture too far down What If Road.

In any event, it's axiomatic that all improvement begins from the back. With the back locked down, we can afford to go forward. It would be nice to have more clean sheets, but we do not want to be in a situation where the defense HAS to deliver one in order to give us any chance to win. That being said, if there's faith and trust in the back, it makes it that much easier to go forward.

There are many rumors and hopes regarding the summer transfer window, but I refuse to go there as, remember, this is a post about status, not dreams and sunshine. Rodolfo Zelaya and Borges are exciting ideas to explore, and I would love to have them. If they become part of the Orange status, then we can start talking about where they slot and what that all means.

The dearest hope, though, is that the status improves and this team starts playing with a bit more spark, motivation and common purpose, because what we do not want to do is see more of what we saw last weekend, or we might have to start wearing these on our heads: 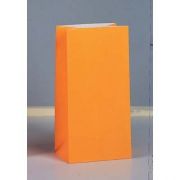