Monday Morning Centre Back: We Came And Took It

Share All sharing options for: Monday Morning Centre Back: We Came And Took It

Still buzzing about the Dynamo's first road win of the 2011 season? Me too and honestly, how could you not be.

Houston may not have dominated the game on Saturday but they got the necessary combination of good luck and great plays from key players that made all the difference between leaving Frisco with a draw and leaving with the full three points...and El Captian! 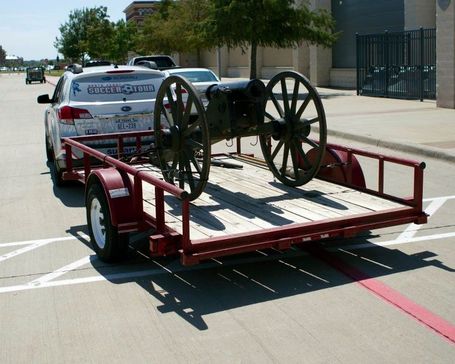 Let's be honest, and I'm not trying to be a downer here, but the FC Dallas game was a brilliant example of the underlying issues with the Dynamo this season and why it took them so long to win away from Robertson. It really comes down to one word: speed.

The Dynamo don't have enough of it and when they are forced to play on the generally much larger fields across MLS, that lack of speed can be exposed. All afternoon, Dallas was able to terrorize the Dynamo back line thanks to the attacking speed of guys like Brek Shea and Jackson. They generated a ton of chances and if not for Tally Hall and the woodwork, it could have been a fairly ugly result for Houston...but it wasn't.

The Dynamo did enough and made plays when they had too and sometimes that's all you need to do.

I'm not criticizing anyone but this points directly to why Houston has had such an up and down season. More importantly, there's nothing to do about it right now. If this team finishes off the season by making the playoffs, it will be thanks to home results and a tremendous resolve by the players down the stretch to get result in the face of some heavy media and fan pressure.

Basically, we're supportive but realistic and no matter how the 2011 season concludes, it's going to be essential that the speed issue is addressed during the off-season.

As for the weekend, let's enjoy the three points and the fact Houston is in first place in the Eastern Conference for a couple days. In addition, I just want to thank every Dynamo fan that made the trip to Frisco and helped remind everyone who is a part of and supports the FC Dallas organization that Pizza Hut Park is Robertson North.

Brian Ching was asked after the game how it felt to get their first road win of the season. His response?