The Playoff Chase: 25 Days to Go

Share All sharing options for: The Playoff Chase: 25 Days to Go 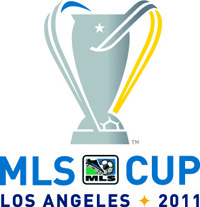 Just a quick post this Thursday morning to update Dynamo Nation on how last night's matches affected Houston's playoff chances. Sporting KC's victory over Columbus move them in to first place in the Eastern Conference, two points ahead of the Dynamo, while the Crew remain in third place. All three teams have three game remaining.

DC United travels to the Philadelphia Union tonight in another match that will shake-up the playoff picture. After tonight, DC will still have three games in hand on the Dynamo while the Union will have one. Here are the scenarios: