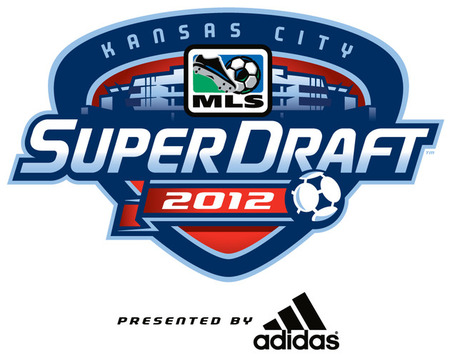 Somehow, it works out so I am off during the MLS SuperDraft 2012, and thus I've taken on the responsibility of live-blogging the first (and maybe) second round. It's being aired on ESPN2, TSN2 and RDS2 at 11AM CST. That means there are about 3 hours remaining until the Montreal L'Impact -- barring any trades or moves, are on the clock for the 1st overall selection in the 2012 MLS SuperDraft. There are a few intriguing prospects the Dynamo might be interested in, and I'll be watching and keeping my eyes on Twitter to see if anything happens beforehand. After the jump is the LiveBlog thread where all the "action" will be available for you to read as it happens.

I'm so excited I can barely contain my enthusiasm.

UPDATE: Kenny Cooper has been traded to NYRB for bunches of allocation money and a 1st rd 2013 SuperDraft pick - Linky

First, a few links to tease your fancy:

Again, the fun starts at 11AM CST. I will be personally live-blogging all the fun, pick by pick, move by move. And since it gets lonely around DT.com at noon, feel free to pop in and say hello, offer your wisdom or not-so-wisdom, or even thoughts on individual picks. Interested in who picks when? Click Here. A Team by Team breakdown which updates Live is also available, plus the Live Feed of the 2012 MLS SuperDraft can be found there as well. Woo, fun.

EDIT: Another link, this one is from HoustonDynamo.com with comments from Canetti about the Dynamo plans for the SuperDraft @ #18 pick - Click Here