Reality Bytes: SOPA? PIPA? What does it have to do with us?

Share All sharing options for: Reality Bytes: SOPA? PIPA? What does it have to do with us? 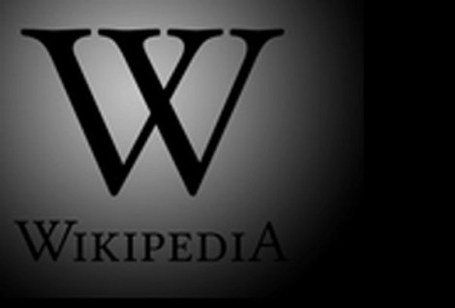 Imagine a world without free knowledge, or even free sports blogs.

Today, January 18th, 2012, a growing list of websites, blogs, and other Internet entities have gone 'black' in protest of a bill which is slated to go before Congress on January 24th, 2012. By now, I am sure most of you know about this bill, or at least have heard of it. If you've read this far, your real question has to be, 'What does this have to do with sports?' I'm glad you asked. Follow with me after the jump for the breakdown.

SOPA, or Stop Online Piracy Act, was running roughshot through Congress, backed by Legislators across the aisle. Over the last few days, however, the Internet began to surge and swell with opposition. Across the Internet today, websites have gone blackout mode in order to show their protest of SOPA and PIPA. Reddit, Craigslist, Twitpic and even Google have all thrown their names into the proverbial hat, citing multiple reasons for their personal protests.

The biggest, and oft-cited, reason this Bill has been so widely criticized is unlike the DMCA, or Digital Millennium Copyright Act, SOPA and PIPA target the platform or the site hosting the unauthorized or pirated content. The bills would give the Justice Department the power to go after foreign websites willfully committing or facilitating intellectual property theft. The government would be able to force U.S.-based companies, like Internet service providers, credit card companies and online advertisers, to cut off ties with those sites.

Why does this have the potential to effect places such as the free sports blogging platform, SBNation?

It's simple. If content posted to any SBNation blog were to be unauthorized or pirated content, but not necessarily intentionally so, then SBNation would fall under the bills. What does this mean? It means Internet Providers could be required to restrict access to SBNation in its entirety due a single instance of accidental copyright infringement. But it wouldn't stop there. No, with these two bills, the advertisers and sponsors of SBNation blogs, such as Comcast and Xfinity, would be required to pull their funding from SBNation.

The fact large entities like Wikipedia and Reddit are protesting for an entire day against a political entity in a single country has been called senseless and anti-business ethics. The reality of the situation is these bills put us all at risk for losing access to some of the pieces of the Internet we all use daily. Facebook, Twitter, SBNation. Hell, everything is a platform on the Internet in some way, shape or form.

I think Brad Burnham, managing partner at the venture capital fund Union Square Ventures, nailed it when asked about SOPA and PIPA, they "take the risk of frivolous litigation... to the entire Internet."

It's about the government taking your right to choose your content, whether it's laid out specifically in the text or not. It grants total power and control of the Internet to one entity, The International Trade Commission. Stand against these bills. I urge you to head to Google's SOPA/PIPA Protest Page and sign your name to the petition. If not for yourself, for the sake of this blog, and any other SBNation blog you may participate on.

For further information and reading, check out this pretty decent write-up, here.