The MLS Players Union today released what should be the final salary update for 2012. No big changes or surprises really for the Dynamo, other than we now know that Giles Barnes is making about $132k.

If you think it seems a little high for a guy with an injury history, remember where he has played and the pay levels there. If he can settle in to the CAM role and finally give the Dynamo a true central attacking mid for the first time since the days of De Ro and Holden, it's totally worth it.

Ricardo Clark is making just under $300k, which isn't a surprise.

Here's a snapshot of the Dynamo salaries from the release, you can see the entire PDF here. 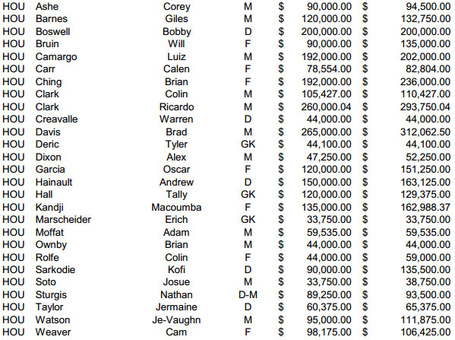 Any thoughts on Barnes' salary or anyone else's?