Mac Kandji is arguably the best player on the Dynamo in terms of creating scoring chances for himself. Unfortunately, he is without a doubt the worst at finishing said chances.

Instead of waxing poetic on Kandji's successes and failures over the past few years, I thought I would just list the relevant information he has going for (and against) him, and let you draw your own conclusions.
And that's what I keep thinking about. When I look at the LA team we will play on the 1st of December, the one glaring weakness is their lack of speed on the back line. I see no reason why Mac shouldn't get a few clear chances in the final. More importantly - and I hope this isn't the case - I think he will get the few big chances among our entire team, aside from set pieces.

So can we count on Mac to deliver us to prosperity at the Home Depot Center?
Err...maybe?
This facet of the game concerns me quite a bit, as I imagine it may concern some of you, since I believe that we will live and die with Kandji's performance in Los Angeles. Conversely, I do not think he will score against LA. At all. His cold streak - while shortened by his goal against Philly - has stretched far too long to expect any changes to his fortunes. Couple that with the beautiful chances Bruin and he created at DC, which he squandered mercifully for the home team, and you get the picture of a striker that just isn't getting it done in the whole "striking" department.
But I am encouraged, nonetheless.
Keep in mind that this is purely speculation. The above statements are certainly rooted in fact - based on his current projection, Kandji will not score in LA. Statistically, he will get an opportunity to do so. And statistically, that shot will find the soft gooey center of Saunders' embrace. But what I hope, and what I think Dom will ask him to do, is that Kandji will draw his attacks to the outside areas of the box and serve as a supporting role for Bruin.
Obviously, if he gets a breakaway, he isn't going to veer left and wait for Will to catch up. But, working ahead of Brad on the left, any runs he makes to the end-line will not just open up space for Davis to put in crosses or take shots from outside. It could also result in him getting in behind the line, and looking to pull the ball back, on the break, to our favorite Dancing Bear.
The Science
These crazy guys. What are they? Newts? Two kirbys after a horrible radiation accident? Wait...are those...fins?
Those are fish. On land. Trying to eat each other.
The mudskipper is a fish that, when its lake dries up, decides "hey, I'd prefer not to die right now". In turn, it just chills in the mud for a long time, holding some water in its gills, waiting for the rain. If need be, when its threatened by another mudskipper for territory, it puts on what has to be the least erotic mudfighting exhibition ever.
In a similar way (aside form the mud), Kandji is at a similar impasse in his season, and his career with the Dynamo. In the prototypical striker set-up, the "holding" forward collects the ball and sets up the speedy forward to score. This worked very well for Bruin and Carr earlier in the season. However, it never really worked out on the opposite half of our attacking 3. If Kandji can adapt in the short-term, and perhaps evolve in the long term to a speedy creative forward with a knack for assisting Bruin, then he could turn the multitude of opportunities he wins into goals for others.
A few too many words on The Voice
If you think reality TV is the worst thing in the world, or that singing competitions are a sign of the impending Apocalypse, then proceed to the comments for your inevitable tarring and feathering of this DT writer.
However, might I suggest that The Voice is immensely enjoyable.
Below I'll give you an example of how it is pretty neat. But first I wanted to share something that will haunt you to your core.
It started with a very nice song by Cassadee Pope, a contestant on The Voice this year, and member of Blake Shelton's team. She was singing "Over You", a song Shelton co-wrote with his wife Miranda Lambert. Its a wonderful song, and she did a wonderful job after previously sticking to her bread-and-butter of Avril Lavigne garbage week in and week out.
That was nice, wasn't it? But wait, do you get a sense of unease after watching that, but don't know why? My fiancee did afterwards, and showed me why. If you fancy yourself a Carmen San Diego of sorts, rewatch the video and see if you can guess what's a little...creepy.
-----
Did you see it? Try looking closer. 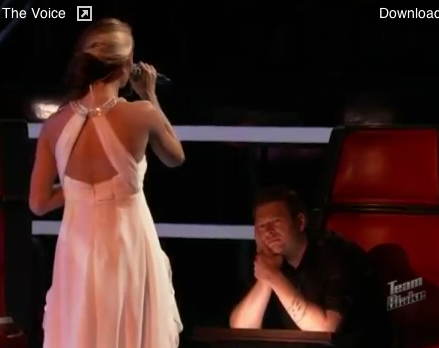 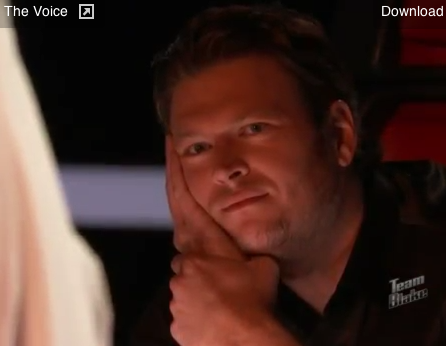 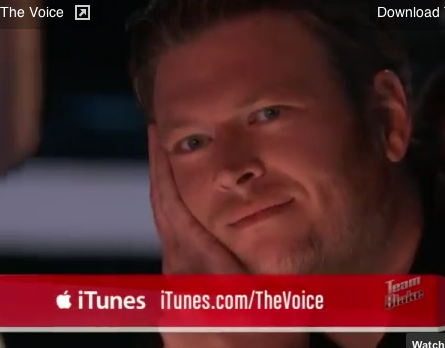 AHHHHHH
Music Video of the Week
Sticking with The Voice, and my favorite contestant Melanie Martinez, here's a cover of Seven Nation Army by a girl who is by far the weirdest, but coolest, singers on the show.
If Kandji can break the mold and evolve into a forward capable of supplying dangerous balls to Bruin, he may very well have a huge impact in the Final. Much more will be said in the coming week on this match, but at this juncture I am very hopeful that Mac will come up big. Or, you know, he'll get a ton of opportunities and miss them all.
If that's the case, it'll take set pieces and some magic from Davis or OBG to get us the 'ship. I think I can handle those odds.