Turn to the right! Dynamo's strongest side?

Share All sharing options for: Turn to the right! Dynamo's strongest side?

For a team that has lost (Brian Ching, Danny Cruz, Hunter Freeman, Carlo Costly) more than it has gained (Nathan Sturgis, draft picks, trialists) over the offseason, the Houston Dynamo might just find itself in an improved position once the 2012 season begins where the 2011 ended. And that would be without a single major offseason acquisition.

First Kick is scheduled for 6 p.m. CST on March 11 at the Home Depot Center, with the defending Eastern champs facing the peripatetic (or at least just pathetic) Chivas USA. That is three months and 20 days since the MLS Cup final and two months a day before the scheduled opening of BBVA Compass Stadium. Over that time, Dynamo have tried (oh, how they tried) and I'm sure still will try to make some splashy signings. But if they do not, then with the emergence of younger players on the roster, it is quite possible that the team will have gotten better by doing almost nothing.

To illustrate the point, and before we go any farther here, let's just take a quick trip in the Wayback Machine to November, 1969 and a prime example of when doing nothing gets you all you want, and more. 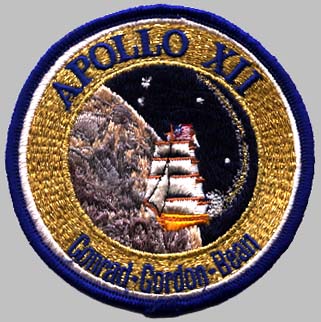 Apollo XII commander Pete Conrad used to say that when it came to spaceflight, frequently the best thing to do in any dicey situation was nothing at all. When his Saturn V was struck by lightning seconds after lifting off the pad in November, 1969, the entire electrical system in the Yankee Clipper command module went on the fritz. Now, you don't have to be a rocket scientist to know that with that beast firing 7.5 million pounds of thrust just a few hundred meters from your rear end, when you suddenly have the entire electrical system short out, you only have a few ticks before you'd better get the hell out of there. So what did Conrad do? He put his hand on the abort lever, and then just left it there. EECOM John Aaron, who in a few short months would also take a major role in saving Apollo XIII, came up with the command to save the mission, "SCE to Aux." Lunar Module Pilot Alan Bean flipped the switch, and the platform came back up. (Discussion with much video, most of which NOT from the mission, is right here.)

So, fast forward back to today. Instead of focusing on what the Dynamo have lost since last November, let's take a look at what they just might be gaining by having Dominic Kinnear pull a Conrad and not turning that lever.

And a look like this brings us directly to the right side of the field. Here's is what the depth chart looks like along that side:

Now let's for a second remove the two Jamaicans from the list, and in regards to Watson, who hasn't wanted to do that? The goal is always to get better from one year to the next, and when it comes to the Dynamo's right side, the goal is to do better than what was provided by a combination of Cruz, Clark and Watson in 2011. Cruz, whose effort has never been doubted, was known in many of these parts simply for being the little engine that motorvated that side, but frequently wound up with fizzled chances, ill-considered one-on-ones and flat crosses. To be fair, most of his good moments came late in the season and the playoffs, but let's face it, the primary story of Danny Cruz in Orange is one of exciting build-ups followed by squandered chances. Lightning shorted out of the bottle.

So the question is, will the combo of Alex Dixon and Kofi Sarkodie together with Clark over there provide more than what Cruz gave us? I believe the answer will be yes, in large part because of Dixon (more on him in another post) and, in particular, Sarkodie.

Jose de Jesus Ortiz prepared this very nice piece on the Soccer y Futbol blog on Dynamo's No. 1 draft pick in 2011, and his focus on this season. Lots of good and encouraging reading there, but I think these were the parts I liked the most:

With blazing speed, the right back tormented San Jac and had the play of the 4-0 victory with a brilliant run and perfect cross for an assist. Sarkodie wants to succeed with the Dynamo this year and garner more playing time with the U.S. Olympic team.

Sarkodie goes on to say about how impressing Kinnear with a combo of speed and service is his focus, leading to this:

"I learned a lot from Dom," he said. "A lot of things this year are going to be about continuing to get better on things that I do and going forward and continue to provide service for the forwards. That’s what Dom wants to see from me. So those are things that I got to keep improving on, crossing, overlapping, and getting forward. That’s part of my game, and those are things Dom wants to see. That’s my goal."

Now remember, Sarkodie is a defender, a right-sided, very, very mobile defender. He is exactly the kind of player we have longed for over there for some time. Of course, right-sided defender is Hainault's position right now, and long may the carrot-topped Canadian (and 2011 Creamsicle awardwinner) reign. In one of Sarkodie's only starts last year, he was, to put it mildly, eaten alive by Brek Shea and Frisco here at Robertson in a game Dynamo was finally lucky to draw after a late goal from Colin Clark. However, since then, he has spent his winter with the US U-23s, is a strong contender for an Olympic Team spot and is very much in the running for a solid, solid season. He's strong, physical, blazingly fast, faster than Cruz let's all notice, and has a touch on the ball at pace that is lacking from Clark. That touch alone at pace puts him with an edge over Cruz, who was frequently a particularly frustrating Tasmanian Devil at pace. In short, Sarkodie might just have to be moved up into the right-sided midfield spot.

As for Dixon, well, this piece is primarily about Sarkodie and the potential gem we have over there in his royal personage. But Dixon's pace and mental toughness have already been on display, and as many on here have longingly pointed out, he might just be our CAM of the future. Coming from the right side, assuming Sarkodie does not move up into the right winger's spot, Dixon looks to be a force, though perhaps slight of build. We'll see. What I am envisioning is a season where Clark (deadly in the area, not so deadly from out side), Dixon and Sarkodie all get minutes over time over there, based on game-by-game need and injury situation. I would prefer not to think in terms of what is an overall Best XI, but rather see the XI as a dynamic, adjusting to the needs of the moment.

So, while it would be early in the extreme to say for certain that Dynamo have in house the solution to their problems on the right side in the person of HRH Sarkodie and the Atascocita Assassin, you'd have to say that, if this does come to pass, that both are involved in the Dynamo attack for years to come, the search for Oscar Boniek Garcia or any other right-sided player will become a curiosity of ancient history. Instability on the right may just become a story we tell we bore people with in a few years. Remember when JeVaughn Watson started over there for a few games back in 2011? You don't? Well, come to think of it, I don't either.

And all because Dom kept his hand firmly on the abort lever, without ever twisting it.