MLS 101: Re-Entry Draft, Contracts, "Right of Refusal" and the CBA

Share All sharing options for: MLS 101: Re-Entry Draft, Contracts, "Right of Refusal" and the CBA 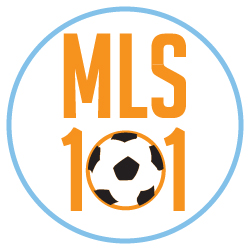 Lesson One: Roster Rules and the Salary Cap

Welcome to another edition of MLS 101. It appears we're just about through with all the basic rules and regulations concerning roster, contracts and player movement...or at least we will be after this lesson. What we'll discuss from there depends on what I think to write about, but of course you're welcome to make request for topics you'd like me to cover.

How players move within the league and how their contracts worked changed greatly before the 2010 season when the new collective bargaining agreement was signed between the league and the players. The MLS Players Union (MLSPA) didn't get true free agency for it's members, but it did get the league to take the first step down the road that will eventually lead to that. They were also able to get guaranteed contracts for the first time ever, along with some other perks like 401k

In this lesson I'll discuss how the Re-Entry draft process works, how players can get a guaranteed contract and some other loose ends concerning MLS regulations.

The CBA signed in 2010 provides a guaranteed contract for all players who are at least 24 years old and have a minimum of three years of service with MLS. Simple as that.

When a players contract with MLS expires, that player no long counts against a team's roster and salary cap. If the player is no yet eligible for the Re-Entry Draft (see below), the team retains the rights to the player indefinitely as long as attempt were made to re-sign the player. We don't know exactly what "an attempt to re-sign the player" entails but we must assume it's contracting the player's agent and offering them some kind of contract.

Buyout of a Guaranteed Contract

Teams are permitted to buyout the guaranteed contract of one player during the off-season, allowing them to free up the corresponding amount of salary cap space (this includes a designated player). The cost of the buyout must be paid by the team. MLS does not allow teams to free up budget space during the season through a buyout. Any buyouts of guaranteed contract in season are done by the league and still count against the team's salary budget.

MLS created "Right of First Refusal" guidelines to help make sense out of which teams hold rights to players in various types of contract situations. It's really not as confusing as it might sound and essentially means that if a team holds first right of refusal on a player, they are are given the first chance to add that player back to their roster should they sign with MLS. Let's break down the difference situations to clear this up.

Players Out of Contract/Contract Options Not Picked Up: Unless the player is eligible for the Re-Entry Draft, a team retains the right of first refusal to the player indefinitely only if attempts were made to re-sign the player.

Drafted (Not Signed to a Contract): Any player drafted in the SuperDraft or Supplemental Draft who do not sign with the team by the first Monday in June of the year drafted, first goes on to waivers. If the palyer clears waivers, they are placed on the team's "College Protected List" until the second December 31 immediately following the draft in question. After that point, the teams loses the right to sign the player. Basically, that means unless the player is traded, they cannot up and sign with another MLS team for two years after they are drafted.

Player Transferred Outside of MLS: If a player is transferred out of MLS and the team holding the player's rights recieves allocation money from the transfer fee, they lose first right of refusal on the player.

The Re-Entry Process begins immediately after the MLS Cup Final. There are two Re-Entry Drafts (Stage 1 and Stage 2), the order of which is determined based on the just concluded season's performance, playoffs included.

So which players are available in each stage of the Re-Entry Draft process? Glad you asked!

The following players are available to all teams in the Stage 1 Draft:

There are some more rules...
If a team drafts a player(s) in Stage 1, they are required to either exercise the option for, or extend a Bona Fide Offer to, the selected player(s). If a drafted player is out of contract, the player has the right to accept or reject a team's offer, but the drafting team holds right of first refusal for that player's right in MLS.

Players selected in Stage 1 will remain on the drafting club's upcoming season budget at the option price or Bona Fide Offer price until April 1. After that date, the club and player are free to re-negotiate the contract.

Teams cannot select their own players in Stage 1. Players are given the opportunity to negotiate new contracts and sign with their previous clubs after the Stage 1 is completed until a pre-determined deadline, usually within a week of the Stage 1.

Players not selected in Stage 1 of the Re-Entry Draft, who do not re-sign with their original club, are made available in Stage 2. Clubs selecting players in Stage 2 are free to negotiate new contracts with drafted players, and they are permitted to draft their own players in Stage 2 only after all other teams have declined to select those players.

Any player that remains unselected after both Stage 1 and Stage are free to sign with any MLS club on a first come, first serve basis.

Until next time, I hope your brain isn't in too much pain and hopefully you have a better understanding on the inner working of MLS.