Seven days until No. 7 kicks off

Share All sharing options for: Seven days until No. 7 kicks off

Today marks exactly one week until the Houston Dynamo kick off the 2012 season against Chivas USA at the Home Depot Center. The season will be Dynamo's seventh since the Quakes 2.0 moved to town for the 2006 season.

So unlike the previous two posts in this series, today we'll do something a little bit different. Seven is widely thought of as the lucky number, so today it would perhaps be meet that we should take a look at the seven luckiest moments in Houston Dynamo history.

PREVIOUS POSTS IN THIS SERIES:

Goal No. 9 beats the Amerigoats.

No. 7: Looking back at yesterday, I have to say that while Pat Onstad is widely looked upon with something approaching awe for his kick save on Pat Larentowicz in the 2007 MLS Cup final, I really think we ought to look at that again. Larentowicz has just beaten game MVP Dwayne De Rosario on that corner kick and had slotted behind about eight Dynamen to get his head to that thing. And what happenned? Did Onstad stop it? Honesty people. Honesty. Larentowicz headed it straight to Onstad's left foot. Straight at it. I know it goes down as a save (Onstad's seventh of the game, continuing our theme of the day here.), but really. Luck-y.

For the rest of the list, check out the jump. 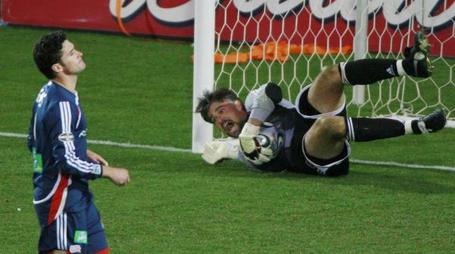 No. 6: Again with Onstad. As long as we're being all honest here, let's just come right out and say it. The 2006 penalty kick winner. Was it Onstad guessing right and being his standard Canadian beast of a self, or was it Jay Heaps just screwing up? My Orange heart says Door No. 1, but my head looks at it and says, "Fantasy. Wonderful thing ain't it?" 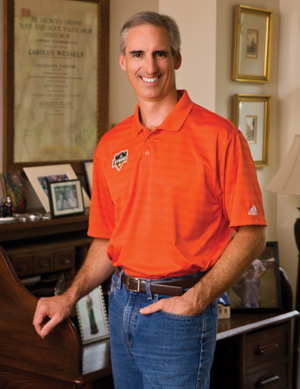 No. 4: De Ro's goal from midfield against Chicago Fire in 2006. He looked up once and never hesitated, kicking into the wind. But still, while a skillful strike, midfield goals have a lot of luck involved. Observe:

No. 3: We have to include at least one candidate for un-luckiest moment in Dynamo history. And for my contribution to that effort, I nominate it to be Brad Davis going down with his quad tear in the 2011 Eastern Final at Kansas City. I have no intention to include a photo of that nefarious event, nor a video for that matter. You know where to find such images, and they are inside your own personal eyelids because who among us cannot recall the image of our MVP writhing on the Livestrong Park pitch last November after he caught a cleat in the grass? And you cannot convince me -- not no way, not no how -- that Dynamo would not have either won or at least been far, far more dangerous at MLS Cup if not for that. There may be a more unlucky moment in Dynamo history than that, but if there is, I seem to have burned it from my grey matter.

No. 2: OK (shiver, shiver) back to the good stuff. The second most lucky moment in Dynamo history for me is when Nate Jaqua did not get a red in the 2007 Western Conference final for delivering a definite forearm shiver to the head of Jack Jewsbury. It happens at about 1:27 into the video below. I was right in front of that in the stands and I really thought Jewsbury was not getting up, and I mean really not... getting... up. Jaqua (Zombie or otherwise) is not a dirty player, but he was lucky not to get a red there, nor to get a suspension after review from the league office. And that luck was compounded later in the game when Ching went down with an injury that would force him to miss the cup final. If Jaqua was out, we would have been missing two forwards. Check it:

No. 1. The one moment for which I thank my lucky stars every day came on Dec. 15, 2005, the day the San Jose Earthquakes announced the team was moving to Houston. Can I hear you say "Amen!" 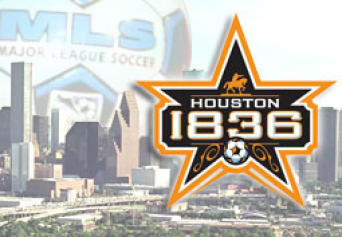 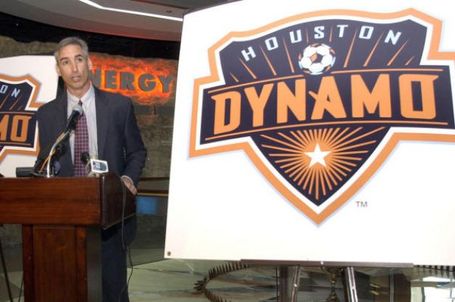