Four days to go: Dynamo at peak of Fourth Era

Share All sharing options for: Four days to go: Dynamo at peak of Fourth Era

Just four days before the Men in Orange start the 2012 season against La La Land's other other team (Eder Arreola might have been cut free this preseason, but I'm thinking maybe his alma mater ranks ahead of las chivitas at this point out where the rain rarely falls) at the HDC 6 p.m. Sunday.

(Hey, a side note. Don't forget to set your clocks ahead Saturday night. Otherwise, you'll be an hour early [or hour late. I always have a problem with this sort of thing and am sure I'll be corrected if I'm wrong here.] for the game when you turn it on.)

The Houston Dynamo stand at the apex of what is essentially the Fourth Age of professional soccer in Houston, and it is by far the most successful. And... hey, what's this DING on my Inbox? Just a sec... well, what do you know? The Orange are out to prove my point for me here. NOW THAT'S CUSTOMER SERVICE! Four days out, Dynamo just announced today that the May 12 opener at BBVA Compass Stadium is officially sold out. Well, sorta sold out. Kinda. OK, OK. Not actually has a ticket been sold for every single seat as of this very second, but well, hmmm. Better let them explain the situation.

HOUSTON, TX (Wednesday, March 7, 2012) -- The Houston Dynamo announced today that the inaugural match at BBVA Compass Stadium on May 12 vs. D.C. United, presented by Greenstar Recycling, is sold out.

Tickets to the match (broadcast nationally by NBC Sports) were purchased by Dynamo season holders and also through a private pre-sale for season ticket and group ticket buyers. This is the first time in club history that a match has sold out before going on sale to the public. The sellout also comes more than nine weeks prior to the match.

"Interest around the Dynamo is at an all-time high right now, as evidenced by the substantial growth in season tickets and the opening day sellout," Dynamo president Chris Canetti said. "Because we have sold out so early, we have held back some great seats to meet the on-going demand for season tickets. This sellout is a testament to the excitement that surrounds the Dynamo and BBVA Compass Stadium."

At this time, seats to the May 12 match are only available by purchasing full-season ticket packages, which start as low as $400. For more information or to purchase season tickets, please go to www.houstondynamo.com/seasontickets or call (713) 276-GOAL.

So, if you do not have a ticket yet to that game, and you want one, there are a few options.

So there you go. Me and 21,999 of my dearest friends plan on having a big party. Of course, if you want to see the new Orange Palace from the inside, and don't mind waiting an extra three days, Game 2 at the new place is 7:30 p.m. Tuesday, May 15, as the Dynamo plan to go all Lorax against the Portland Treemurderers. Let's all try to ensure the drop off isn't too severe, OK. That Saturday-Tuesday combo deal happens twice on the Orange schedule this season, the other being a June 30 date with the Phunions followed by a July 3 game hosting Chicago. This is to make sure the Dynamo and Astros do not play at the same time on the same night. Might give the Bad Stars an inferiority complex, you know. Charity. It's more than just a porn name. 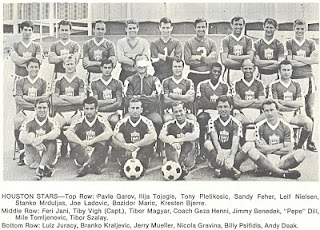 And hey, did someone mention the Stars? The Houston Stars were the first professional soccer team in Houston history, playing at the Astrodome in 1967 and 1968. The team was in the United Soccer Association, which was the precursor to the North American Soccer League. And if you think the story is as simple as all that, well then you just don't know the long, tortured, in-fighting history of the beautiful game on these shores. No need to go all Roger Allaway on you here and give you the history and reasons. Those are out there in abundance (Here's a great place to start.). As for the Stars, the team was owned by Houston Astros owner Judge Roy Hofheinz and was actually Bangu Athletic Clube from Rio de Janeiro, playing in the USA as the Houston Stars. Confused? So was I until I checked out those links. Suffice to say, the experiment was short-lived. 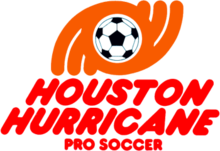 The NASL, settled from its earlier days of instability and well on its way to a somewhat advanced form of death, set down stakes here in Houston with the establishment of the Houston Hurricane. Prior to Dynamo, this was probably the most successful soccer age in the Bayou City. Among the many players to kick a ball in anger in the Astrodome during this time were no less than Celtic legend Bobby Lennox, Kyle Rote, Jr. and goalkeeper Paul Hammond. The Hurricane, my boyhood team, played three seasons in the NASL, finishing fourth, first and second in the American Conference before folding. And, regarding style, the Hurricane were the first team to debut the color Orange on a soccer team in Houston. Jack Stanfield was the assistant general manager, and from there he went on to found Home Sports Entertainment, which is now Fox Sports Southwest.

I remember distinctly going to the Astrodome to see these guys play in a game against Philly and loving every second of it. But it was such a distant memory that I thought I had imagined the whole thing. However, just a few months ago, I found video highlights of the game I actually attended online and posted it on DT. I am still so stoked I found that thing, that I am going to post it again here. This is like a window into the past.

The third goal, in particular, was a thing of beauty. But check out the commentary on the first Philly goal. It was clear they were out at commercial when the goal was scored. Thank goodness we don't see that anymore.

Overlapping a bit with the third age, soccer in Houston moved from under the roof of the Astrodome to the friendly confines of the Summit and Indoor Soccer. The Houston Summit were the first area entry, and played from 1978-1980 before moving to Baltimore to become the Blast. In the last season, the Summit were coached by none other than Ken Cooper, Kenny Cooper's dad, and took first place in the Central Division, beating Wichita in the playoffs before losing to the New York Arrows in the final.

If you can handle it, here is a 20-minute video of the Game 1 of the Houston-Wichita series. Wild. Check out the commentary team of Al Trautwig and Kyle Rote, Jr.

The Summit was basically a prologue to the Third Age, because from 1980-1984 there was no pro soccer in Houston at all, indoor or out. And then came 1984 and this progression of four Houston area clubs:

Houston Dynamos: First appearance of this name in Houston. This team played outdoors in various incarnations in high school stadia from 1984-1991. (Wiki entry says 1983, but it's actually 1984.) This team is perhaps best known today as the one that brought defender Glenn Davis to Houston, where he has stayed ever since. Best player, though was Portuguese striker Jose Neto, who came up with Benfica.

Houston Alianza: A Hispanic team that played against the Dynamos and existed from 1988-1992. It was founded by Houston soccer legend Victor Delgadillo, who, like Glenn Davis and Stanfield, is a member of the Orange Blazer Club.

Houston Express: Indoor team that went from 1989-90. Little is known about this team other than they played in the Summit.

Houston Hotshots: This was probably Houston's most successful indoor team. They played in the Continental Indoor Soccer League and World Indoor Soccer League from 1994 to 2000, falling in the CISL's title game in both 1996 (to La Raza de Monterrey) and 1997 (Seattle SeaDogs).

Here is a great video of the Hotshots' 1996 highlights. While it's certainly no Jonathan Kaplan-like production, it's certainly worlds ahead of the previous video I put up there. Clearly, we were on our way somewhere soccer-wise in Houston, right?

Wrong. After the Hotshots folded, the Houston area would enter a long and dark period of silence, disturbed only by the penscratchings of Glenn Davis in the Houston Chronicle as he brought us tales of the then-struggling and contracting MLS and US National Team World Cup highlights from South Korea. And then, Davis again would not let that be the only word, as he began his first soccer broadcasts on local community radio outlet KPFT. Davis was one of the few voices of the soccer interregnum in Houston, the longest since the Stars to Hurricanes period. The other major voice was the Keeper, Rice alum Jen Cooper, who with her Keeper Notes newsletter, provided lifeblood-like information to the Houston soccer community.

And then came Dec. 15, 2005, and the dawning of the Fourth Age. And the latest installments of that begin four days from now. 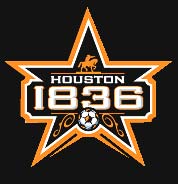 Oops. I mean this: 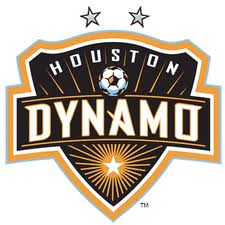