Share All sharing options for: Three days to go: A Tri-umphant Three

There are now three days until the Houston Dynamo open the 2012 season against some goatherd or something out in Los Angeles at 6 p.m. Sunday, March 11.

(Not to make any bad statements about goats. I love goats. They make great stew, and like the ones out in LA, they are not at all gamey.)

Oliver Luck, possibly more than any other local person, is responsible for the existence of the Houston Dynamo. He first came to Houston to play for the Oilers from 1982-86, and had something of a memory-less career, ending as Warren Moon's backup. And that was pretty much the last time he did not have the main job. It was after he got off the field that the Phi Beta Kappa member really got going. Check out this quickie resume:

Now that my friends, is a busy guy, especially seeing as how the entire list spans just 20 years. I mean, how many people would be satisfied with just one of those jobs, maybe two? But Luck, he doesn't do standing around. His push is constantly to find out the next hurdle, hurdle the damn thing, and then go to the next one.

Of this list, points three and four matter most to us. As head of the Sports Authority, Luck was partially the guy in charge of building Reliant Stadium and the Toyota Center, and it was that experience, probably more than any, that landed him the fourth job there. AEG left San Jose in 2005 with the express purpose of getting a stadium built for their team (and I am not about to get into speculation on other motives), and who better to spearhead that effort than Mr. Houston Connection, Luck himself. We may all call BBVA Compass Stadium the House that Ching Built, but we all know it's the house that Oliver Luck built. 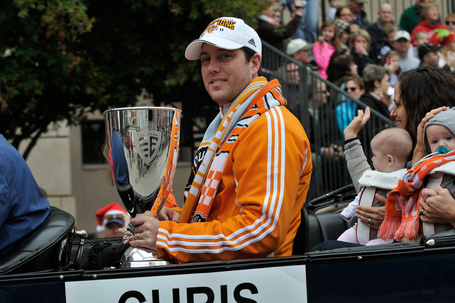 After Luck moved on in the summer of 2010 to steer his alma mater through troubled waters, the logical choice to replace him was Chris Canetti. When you think of Canetti, think of Oliver Luck, only an Oliver Luck who has spent almost his entire career in MLS. His professional bio can be found at this link here. I won't recite it to you, just tell you my favorite point about Canetti is that when he was 26, he became the youngest general manager in baseball, with the New Haven Ravens, a Seattle Mariners farm team. Also, his last act before moving to MLS with the then-New York/New Jersey MetroStars (later the New York Red Bulls) was building a Ravens team that won a title.

That little move though, should tell you worlds about Canetti's vision as a sports executive. MLS in 2000 was nowhere near the vibrant, growing league we all see today. Here was a guy who had become a successful Minor League Baseball general manager at just 26 years old. If ever there was anyone who would have had a bright future in Major League Baseball, it was this guy. And yet, just when that career was ready for its next step, he switched to an assistant's job in a team in a struggling league, a league where almost every team was owned by Philip Anschutz and Lamar Hunt. And what's more, he switched to a team not owned by Philip Anschutz and Lamar Hunt. That takes some stones, my friends.

Another fun fact about Canetti is that the guy won MLS Executive of the Year in 2008, a year he wasn't even the top executive in his own organization as Luck would not move to West Virginia for another year and a half. So while it's easy to say the Luck Era and the Canetti Era are two distinct time periods, the truth is somewhat more along the lines of a melding. So when you look at this organization in the entirety of its success, you have to give complete credit to both of these guys. 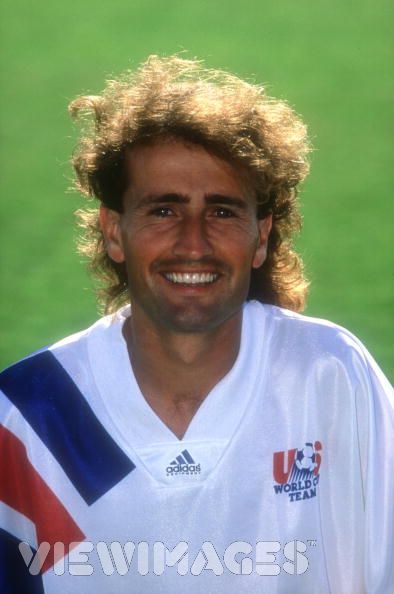 Thought you had gotten enough of the mullet at the top of this post didn't you? HAH!

There's really not much more to say about Dominic Kinnear that hasn't been said already. His ability to see talent where others see washouts is well documented. The guy made a freaking star out of Joseph Ngwenya for goodness' sake. Joseph Ngwenya! I think the Alejandro Moreno for Ngwenya deal in the summer of 2007 was quite possibly the best deal I've seen. It was a classic "making both teams better" sort of deal, affecting the course of two consecutive MLS Cup champions, ours in 2007, where Ngwenya scored the equalizer while starting in place of an injured Brian Ching, and Columbus' in 2008, where Moreno scored the Crew's first. Impressive deal.

I think its important to mention that when it comes to Kinnear, it's a good idea to ask just where would we be without him? I frequently get exasperated with him for being slow to use a sub in a game, for sticking with some players long past their due date and insisting on moves (Cameron to CAM) long after it's clear that he should give up on them. However, a Supporter's Shield, two MLS Cups and three conference titles speak louder than any frustrations. When it comes down to it, we are all: