Despite the extreme and all-too-predictable over-reliance on images of the right-footed Brad Davis (You know the guy, the one who Bruce Arena subbed out at halftime in a 1-3 home loss to the Revs. Him.), this is a great promo spot from NBC Sports. And Captain Kamehameha even makes an appearance as well.

And while I do seem to have the floor here, let me just add one little piece about the passing of Giorgio Chinaglia over the weekend. The guy is the all-time leading scorer of any American top flight, and despite the admittedly enormous influence of Pele, it was Chinaglia who turned the Cosmos into champions. Dizzy Dean once said it ain't bragging if you can back it up, then it's just the truth. Well, Giorgio Chinaglia was The Truth. His combination of skill, a true poacher's sense and unbridled brio was a true joy to behold.

Ciao, Giorgio. May all the women from here on out be beautiful, may all the wine be vintage and may all the goal mouths stand open and ready. Thanks for all the enjoyment you gave.

That was Chinaglia off the field. Here he is on it in 1980 (Not, eagle-eyed observers will pick out the Houston Hurricane in some of these.) 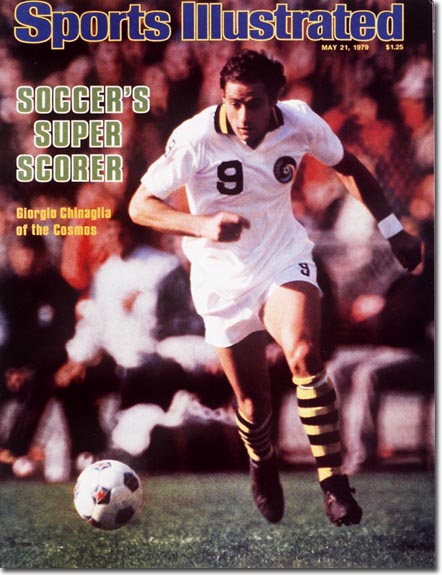