Share All sharing options for: More looks at the Dynamo third kit

Zach posted earlier today about the official unveiling of the Houston Dynamo third kit below, including a link to the story on HoustonDynamo.com. (Full story here.) But over on the team's Facebook page, they posted several more views of the new kit, which I have included after this nifty little video and the jump below.

My personal take on it is the same as when I first saw it a few weeks ago. If they win in this kit, I am all over it. Lose in it, and on the trash heap it goes. Like anything in professional sports, it's all about the W's. First check this video, and then take a gander and give your thoughts on the new threads.

Now get a look at these beauty stills. 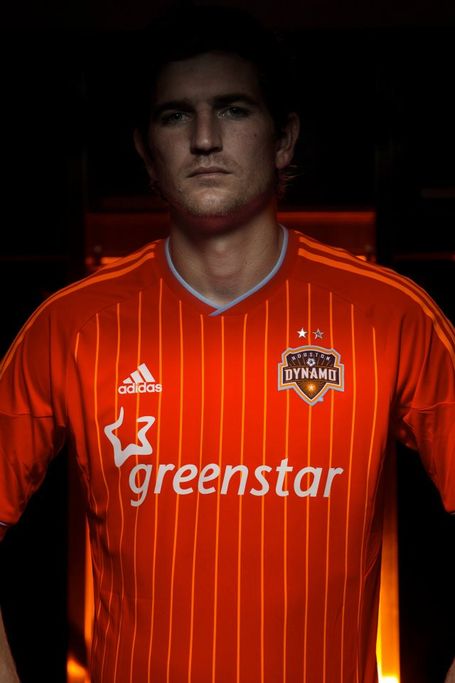 Bobby Boswell looking like someone just insulted his mother. 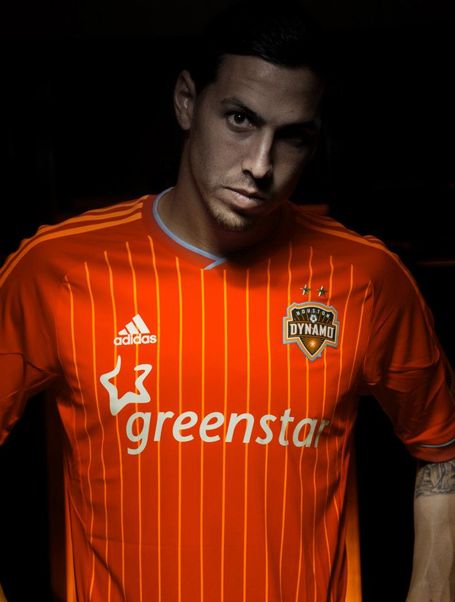 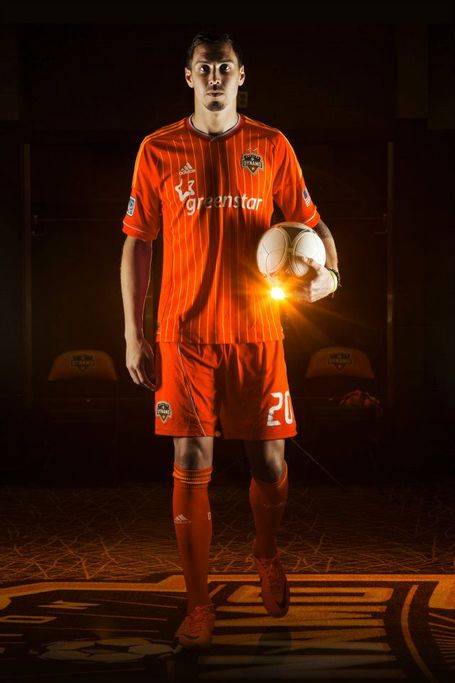 I distinctly remember watching the Star Trek: The Next Generation episodes "Best of Both Worlds" and the Borg's laser thingy is on the face, not the hip. But, oh well. 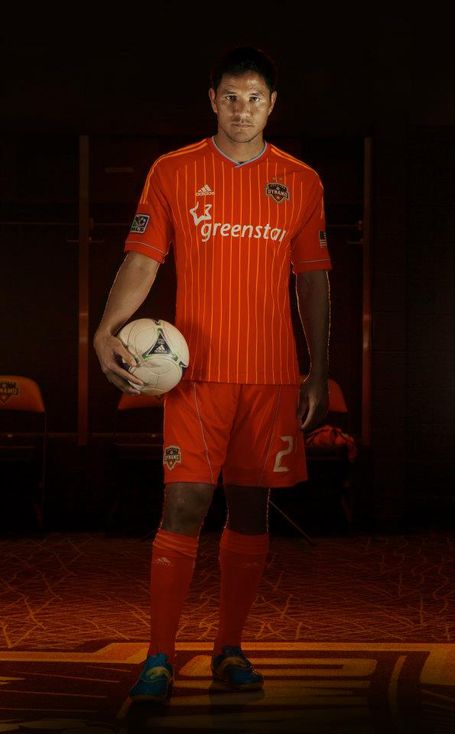 No smart ass comments here, or Captain Kamehameha is going to kick my ass. 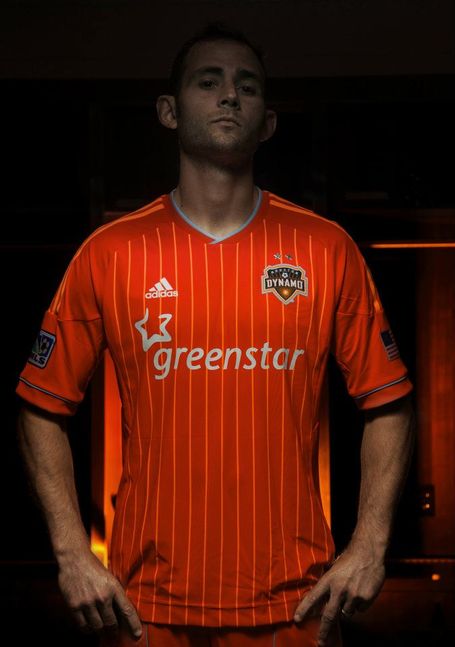 Brad Davis, who knows a thing or two about "hunter's orange."

Pretty nifty, eh? On the story over at the website, I am especially liking this excerpt from Chris Canetti:

In addition to maintaining its brand integrity, the club wanted to pay homage to the rich soccer history in the city of Houston.

"Another key factor was trying to play off the history and tradition of soccer in Houston," Canetti said. "The Houston Hurricane had an orange color scheme, so we wanted to incorporate that as well.

"The historical perspective and maintaining our brand were the driving forces behind this concept. We wanted it to be bold, strong and stand out. We wanted to be different and unique. I think when you look at the powerful orange that adidas chose, with the pinstripes that were chosen, it accomplishes all of those goals." 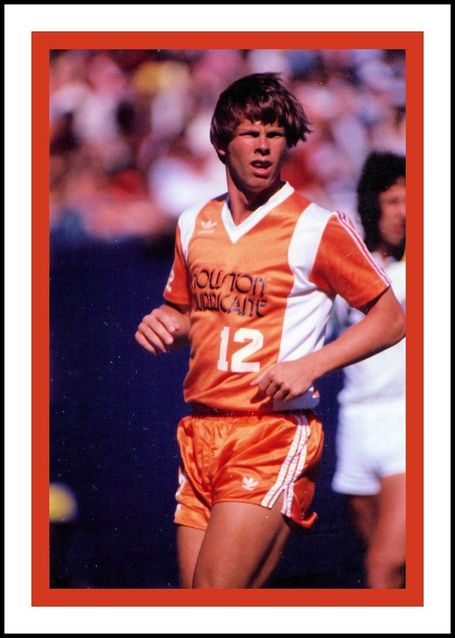 Though as I pointed out two weeks ago, the kits are very, very similar to the old Houston Dynamos unis from the 1980s.

And a picture update: Apparently, I am not the only one thinking the uniform is slightly reminiscent of the old Houston Dynamos' kit. Former Dynamos defender himself Glenn Davis just posted this pic on his Facebook page. What do you think? 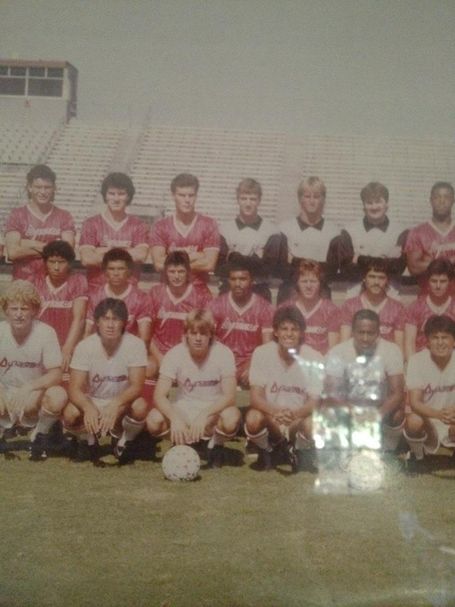 The thing is, is that now that I have had a chance to get used to these unis, they have grown on me. I think when they are officially unveiled on national TV over Memorial Day weekend against the LA Gag-me-xy, they're going to look pretty damn sharp. If you want one, your first chance is to do this:

Fans will have their first opportunity to purchase the third kit at the opening of the adidas Dynamo Team Store on May 3, from 5-7 p.m. The store is located on the east side of BBVA Compass Stadium and the jersey unveiling will be open to the general public. Fans will also have the ability to interact with players and get autographs, as the Dynamo first team will model the uniforms for fans in attendance.

However, Soccer-4-All is always a good, local choice for Dynamo stuff as well, and if you pre-order, they'll throw in a free Dynamo juggler ball as well. Wotta deal. So speak up, like it? Hate it?