The second law of Thermodynamics states that, among other things, the Universe tends to move towards disorder. For example: I live in a house with my college roommates. One of them cleans the living room, but two days later the entire house looks like Aaron Carter's parents left for the weekend. In terms of life, this means that the tiny building blocks that make us up really hate to be ordered in the shape of, oh, i dont know, a human. So what keeps us from blowing up? Energy.

Our cells spent an exorbitant amount of energy to create order where there otherwise wouldn't be any. Human cells pump in sugar like a Cinnabon factory, and convert it into the necessary energy that protects us from that darn 2nd Law. This allows proteins to fold into enzymes, capable of catalyzing millions of chemical reactions that wouldn't occur otherwise. It also allows things like water and fats (which as any salad aficionado knows, arent fans of eachother) to exist next to each other in harmony. Now you may be asking yourself- why isn't Clutch talking about the Dynamo? Well, for one, I have spent the last week on final exams, all of which were sciency, so I've been conditioned for more science talk than usual. But, more relevant to the task at hand, I realized that entropy is a perfect example of how we can turn El Banco into the greatest venue in the MLS. Follow me through the jump as I hopefully get to the point, already.

As soccer fans, there is very little we can control when it comes to our team. Especially during such a long road trip, where I'm sure we were all acutely aware of this impotence. Writing Power Rankings? Nothing but an empty attempt incite either hatred or devotion of the writer (unless you're MDC at Battle Red Blog, who has perfected power rankings into an advanced life form). Matches hundreds of miles away? We can watch online streams, but the games seem to lack something when you can't scream and cheer to your hearts content (in a society-approved manner).

Even last year, I sometimes felt a slave to the highs and lows of a long MLS season (now complete with USOC and CCL!). I threw heart and soul into every match, but was I helping at all? Was my fandom assisting the Men in Orange in their quest for the Cup? Probably not, but only because heart and soul have a tough time making it down I-10 from San Antonio. But this weekend, El Banco will open with a visit from DC United. Therein lies our opportunity to become a tangible force for the Dynamo.

Soccer, like life, is a game of energy and controlled disorder. With the stadium as our metaphorical "cell", we have a system that is in dire need of energy input. On a good day, players bob and weave effortlessly through the opposition. Like a spontaneous reaction, there is no need for energy exchange, with the players driven forward by their own interactions on the pitch. This results in an increase in energy off the pitch, with fans jumping, singing, and generally going on with much glee. However, soccer isn't always so simple. Herein lies our opportunity for greatness. 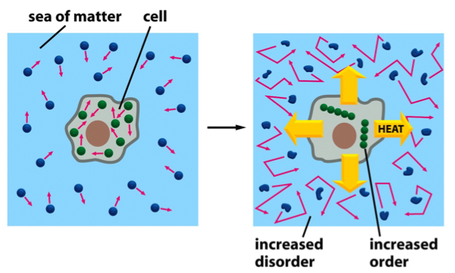 When uncontrolled energy goes up on the pitch, order goes down. Plays fall apart, interactions fail to occur, and goals are invariably conceded. Our "cell" is in need of stability. We, as fans, take on that burden. With every drum, song, and oddly uncoordinated dance, fans accept the energy that is produced on the pitch. Players become more stable, and thus more orderly in their playmaking, and things start to pull together - at least in an idealistic sense.

El Banco provides fans the ability to inspire to greater effect. With ticket sales exceeding most people's expectations, and the potential provided by a newly-unified supporters End, we are set for a memorable opener against DCU. So ask not what the team can do for you, but what you can do for the Dynamo (as a soccercentric JFK might say). The answer is simple: embrace the stadium. Embrace Dynamo Fervor.

Goal Celebration of the Week

After a slow start to the season, the San Antonio Scorpions have been on quite a roll lately. One might chalk that up to early-franchise jitters (of which the Dynamo know nothing about) or a tough schedule, but I'd like to think it was due to a lack of props for celebration. Well, with the addition of two la-Z-boy recliners behind the goal at Heroes Stadium, they have their motivation. The team raffles off the seats for the second half of matches through a text message system, giving the kid on the right the chance to be left hanging by a professional athlete.

With the announcement that Josue Soto will be spending the rest of the season with the Scorpions, look for pictures of him in these recliners after goal-scoring performances shortly.

Back to the H

This is my nightmare. Picture courtesy of Trinity Dean.

With the "Go Spurs Go" signs starting to spring up all over my campus, including on our bell tower, its time for me to get the hell outta town. Luckily, tomorrow is graduation day (cue the Vitamin C), so I have a ready-made excuse to go running the other direction down I-10. So, what's next for me? Well, after a brief flirtation with Dallas and UTSW, I've finally made the all-too-easy decision to come to Houston and attend Baylor College of Medicine (more school!). That means Dynamo games on TV, a brand spankin' new stadium a few miles away, and no "Go Spurs Go" for miles. This, truly, is Heaven, isn't it?

Apropos Soul Video of the Week

Marvin Gaye- Let's Get it On

I could've gone with something horrible like "Lets Get it Started", but tomorrow is about love. Love for our team and for our franchise. And for our beautiful, beautiful, stadium.

This isn't some backhanded attempt to bolster season ticket sales, nor is it some hooligan-inspired request for everyone to go "mental". This is just me noting how lucky we are to have been gifted a soccer-specific stadium after all these years. So, through the rest of this season, when you walk into El Banco, remember that you're part of something bigger. And, if on that occasion our players are lacking in inspiration, remember that you're part of the cellular mechanism tasked with stabilizing their on-field play.

Because we dont need to be orderly at the stadium, they do. Lets go (appropriately) mental, so that the season doesn't explode.