I have to say, as prepared as I was for this event, in some ways I was not prepared at all. Walking along in the concourse, I ran into Texian Army board member Chris Smink. We shook hands and both said something to the effect of "How great is this?" And then quite spontaneously, I blurted out:

And what I meant was that the day I first attended a Houston Hurricane game in the Astrodome, I have been waiting for this sport, this beautiful, free-flowing, insanely creative, nonstop team sport, to find a home in this city, in my city. I am a fifth-generation Houstonian. I have two sons, two sixth-generation Houstonians, who live and breathe this game. In 2006, when the Dynamo first arrived, I gave them a less than 50 percent chance of staying in Houston once it became clear that there would be no soccer-specific stadium to be built for them here. "They came for a stadium they could not get in San Jose," I cynically stated to one of my many friends in football. "And I don't know what political landscape they think they're coming to, and Oliver Luck should be tipping that to them pretty quick, but if they think they're going to get a stadium built here, they're dreaming."

Well, it turns out I was both right and wrong. The Houston Dynamo did dream. I mean, yeah, we all dreamed, but the Houston Dynamo decided not to listen to the cynical, jaded pronouncements of people like me. They found a way. Man, did they ever find a way. They turned that dream into a reality, and when you hit the jump here, you'll see what realizing a dream can mean.

Before I do however, one other thought, when you're walking along the concourses, above the concession stands, team store and whatnot, the metal poles and screens rise up behind, which gives the place a pretty cool industrial feel. I was wondering where I had felt that before, and then I realized it reminded me of the Astrodome. The erstwhile Eighth Wonder of the World had a very similar industrial feel whenever you looked up and spied the glass -paneled ceiling and metal beams supporting the roof. So speaking purely for me, the newest soccer stadium in Houston very much is evocative of the first.

Here is just a small collection of shots the team and Dom's Disciples' Nigel Brooks posted on their Facebook pages. I encourage you to check these two links here and here for more. You won't regret it. 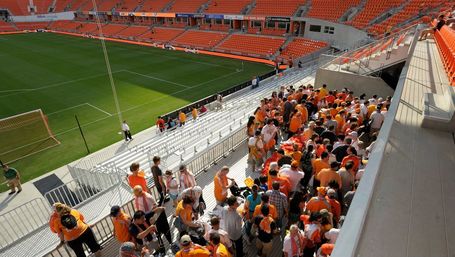 This was the Dynamo Charities used items sale over on the Walker End of the stadium. 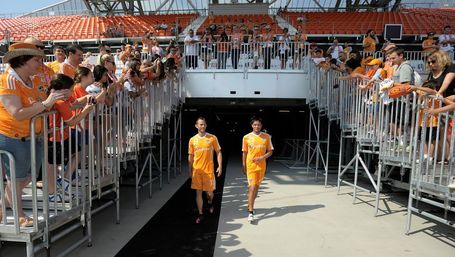 Our captain Brian Ching and vice-captain Brad Davis, the first two players heading out to the field 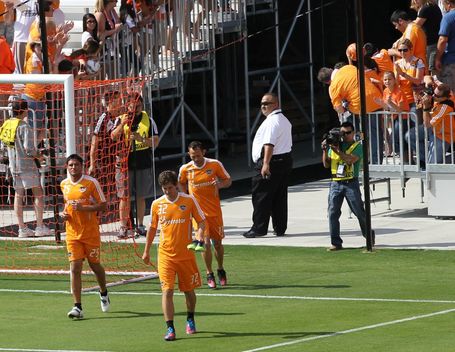 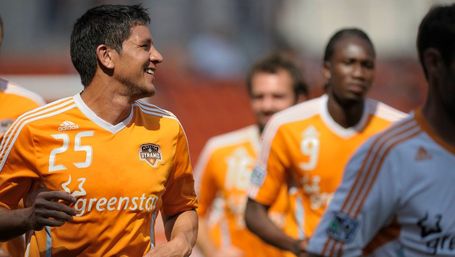 "Montreal Impact? No, can't say I've ever heard of them. Are they an MLS team?" 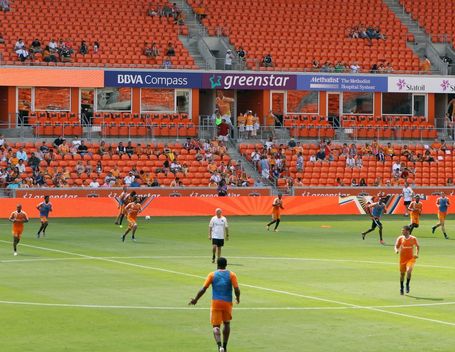 And here's a sequence from Nigel that was just great. Davis picked this young boy out of the crowd of autograph seekers about midfield after the practice, put down a ball for the kid, who couldn't have been more than 3 or 4, and had him kick the ball all the way to the goal. His PK stopped right on the line and then Davis encouraged him to get up there and finish it. The whole crowd then went nuts. Heart. Warming. 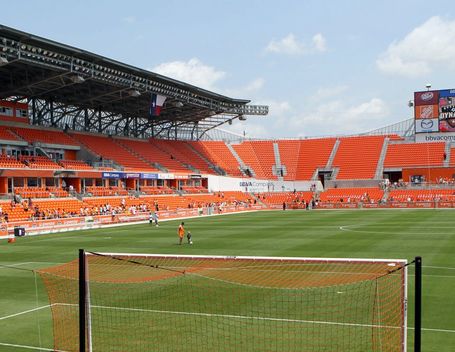 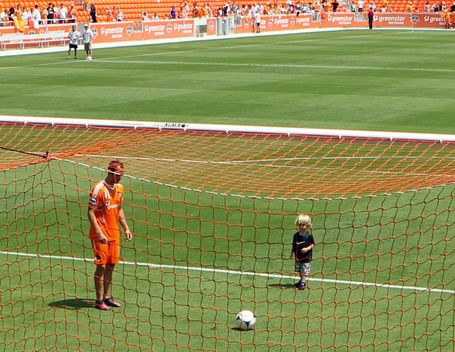 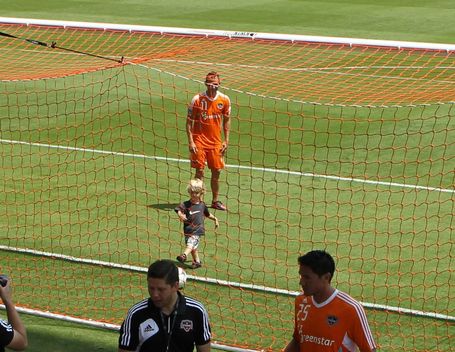 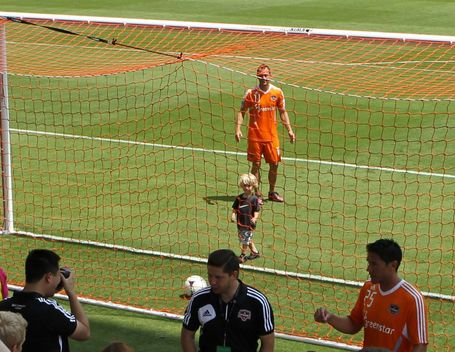 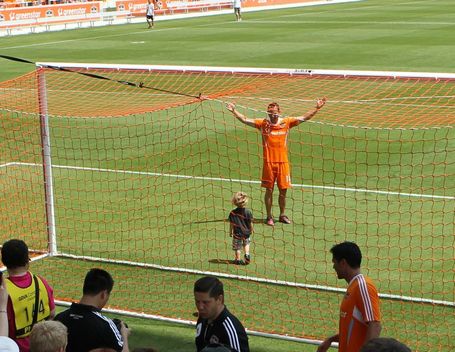 And finally, the view from my seats. Eat your heart out. (Sorry. I know. I suck. I just couldn't resist.) 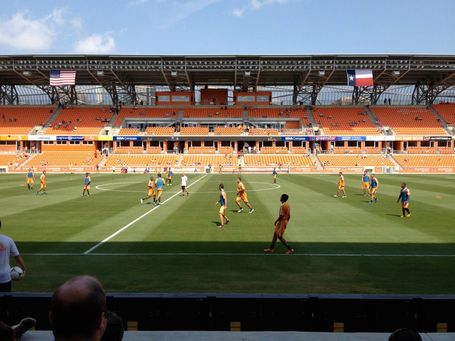 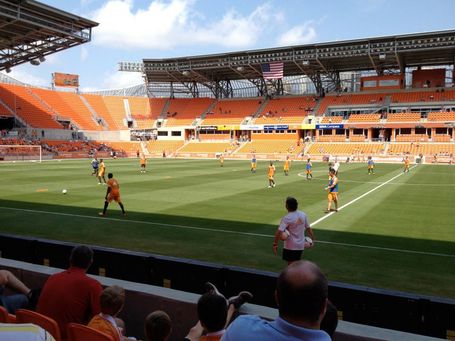