Share All sharing options for: Dynamo v Impact: Player Grades - Do Not Want!

I'm sure everybody was curious why I have been so quiet, especially after making it clear I was going to do player grades after every game. It comes down to simply running my own form of personal protest against the load of horse dung the team displayed on Sunday. It may mean little in the grand scheme of things, but honestly, I feel tons better. And now I've given myself time to really think on how to properly grade the performances on Sunday, this is what I've come up with: 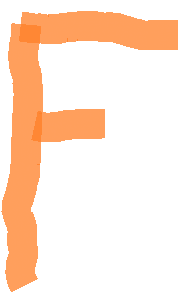 Sure, they gave it a good go in the game before, and sure they did pull back for a draw. Something has to be said for that, but when the team looks like they had all but given up hope by the time Adam Moffat was whistled for a foul and then inexplicably granted an early dismissal by the official, you have to wonder what the hell is really going on.

I'm going to say this, and will probably get a lot of "well, that's ridiculous" for it:

This team needed Calen Carr. And it damn well needs Boniek Garcia to get up to snuff REAL quick, or it may be once again on the outside of the playoff race looking in. If Geoff Cameron is going to go, then so be it, sell him to Stoke City and move on. This long drawn out process of will he, won't he, is NOT good for the team or the player. Even if it is a given at this point.

On that same note, if you're thinking of bringing in someone else to shore up the backline, then do it. Let's quit this pussy-footing around and start acting like a real business venture. Let's start acting like a Front Office that gives a damn when the team displays the lousiest excuse for PROFESSIONAL soccer. Hell, call up Soto again, and let him bring some passion into a lineup which desperately needs something.

We've seen this all before. Usually, we rely on Brian Ching until the point he becomes so frustrated with carrying the team on his shoulders he slumps for a couple of games. I think we're to that point with Will Bruin, and I think it's not going to be good for his development. I'm actually worried about where this team is headed for the first time in a long time, and this is after a few days to blow off steam.

I just don't know how to judge this team anymore. And I suspect you all feel much like I do.