Share All sharing options for: Club Tijuana Climbs the Table, Santos Get Big Win Over Tigres 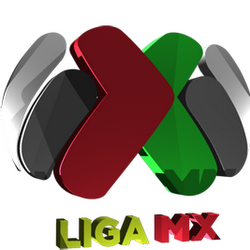 Another big weekend in Mexico, filled with great games, surprises, and some teams further separating themselves from the rest. After 7 weeks, Toluca (17 points) sits atop the table, followed by Club Tijuana (16), Leon (13), Cruz Azul (13), Morelia (12), Atlante (12), Santos (11), and America (10). Let's take a look at last weekend's action and what games I think you won't want to miss this coming weekend.

Arguably the hottest club in Liga MX over the last couple weeks has been Club Tijuana. With two consecutive wins over tough clubs (Tigres, America), Tijuana hosted struggling Chiapas on Friday night to kick off the Liga MX week 7 action. Jaguares never had a chance, as the Xolos kept a perfect record at home (4-0) with a 2-0 win. Tijuana ended the weekend in second place behind league leading Toluca, and could challenge for the top spot this weekend. Mark my words that whether it is next week or the in the next couple weeks, Tijuana will spend some time at the top spot. Their next three games are against Atlante, Atlas, and Queretaro - all competition that Xolos can beat.

One of the best games of the weekend had Pumas visiting Morelia to face the Monarcas. Former Pumas head coach Joaquin del Olmo was fired last week after just six games, and the Pumas hadn't named a replacement coach by gametime. Pumas had one their best 90 minute efforts on the road, and snuck out with what could be a season changing 1-0 win over one of the top Mexican Clubs. Prior to the loss, Morelia was unbeaten. Pumas named Mario Carrillo head coach and he'll need to make an immediate impact for the Mexico City club to secure playoff positioning. With the win, Pumas jumped to ninth in the table, but with other results going their way this weekend could move up further. The next three games will see Pumas face struggling San Luis, Chivas, and Puebla - all winnable games.

On Saturday, Queretaro continued their miserable season with another loss. Atlante's Esteban Paredes scored the games only goal, and moved into a three way tie for league leader in goals scored. In Mexico City, Cruz Azul hasn't been able to get anything but draws at home, and needed a stoggage time goal to tie Pachuca 1-1. La Maquina are now one of only two undefeated teams in Mexico. In Estadio Technilogico, Monterrey could only manage a 1-1 draw against Atlas. Atlas started the season in the relegation position, but has since moved slightly ahead of Queretaro. They'll need to get some wins, however, to steer completely clear. Leon continued their impressive return to the top flight in Mexico, with a 2-0 win over San Luis. Leon has scored more goals than any other club in Mexico, and has climbed up to third in the Apertura table.

Regining champion Santos got a big win over Tigres at home. Darwin Quintero has been unstoppable of late, now tied atop the scoring leaders with five goals after a brace Saturday. Quintero is not only scoring in Liga MX, he's got another four goals in the CONCACAF Champions League. Oribe Peralta scored Santos' other goal, and Lucas Lobos scored on a penalty to give Tigres their only goal in the 3-1 loss. With the result, Santos climbs to 7th in the standings, while Tigres falls to 11th.

Sunday closed out the week 7 Liga MX action with league leading Toluca hosting America, and Chivas hosting Puebla. Toluca couldn't capitalize on a Club America red card in the 38th minute as the clubs finished even, 1-1. America surprised everyone when they took the lead in the 67th minute by a nice goal from Rubens Sambueza, but Toluca tied up the game just six minutes later with a penalty kick. While Christian Benitez has been a staple for America's offense, Sambueza has quickly become a dangerous option. Benitez and Sambueza both have four goals on the season. America should be happy with the result considering they were a man down on the road agaisnt a team yet to be defeated. However, had it not been for a sloppy challenge, it's also possible they could have left with three points.

To finish out the week, Chivas and Puebla played to a lackluster 1-1 draw. With ten weeks left in the Apertura, there is still time for Chivas to turn things around. The problem is, the team just doesn't seem to have the drive to do it. Many people are calling for the firing of the Chivas coach, John Van't Schip, but the organization has stood behind him.

Speaking of coaches, the next victim of the "win or take a hike" mentality in Liga MX was announced today. Last place Queretaro let go of Carlos de los Cobos. The Gallos Blancos now sit in sole position of the relegation table, have a 0-1-6 recored, and a -12 goal differential. With results like that, I'm surprised he lasted this long. We've now had five coaches let go after just seven weeks in the Apertura.

Here's what you don't want to miss next week.

Morelia at Pachuca, Friday, 6:30 pm
Pachuca is quickly becoming the "money bust" of 2012. None of the high profile signings have amounted to great things, including Hugo Sanchez' influence as the coach. Morelia is a sure playoff contender and Los Tuzos will have to compete with good teams if they want to see their season amount to something.

Santos at America, Saturday, 5:00 pm
Santos is coming off a huge win against Tigres, and America has to be happy with a draw on the road considering they played a man down for over half the game. Both teams have had their struggles, and both are looking to move up the table. Should be the game of the week and a high scoring contest. Don't miss this one.

Club Tijuana at Atlante, Sunday, 5:00 pm
Tijuana is on top of the world right now, getting big wins in recent weeks. The question is can they handle the teams they "should" beat? Atlante doesn't stand out so far this year, but former Colo-Colo striker Esteban Paredes does. The Xolos defense will have their hands full, but I expect Tijuana to be on top of the table after this game.