I think it is perfectly safe to say that we may have one of the more entertaining teams on the internet. We had a year of ups and downs all of which found itself a tweet or a gif to cover the moment or non-moment.

Share All sharing options for: A Tweet-Back at 2012: No Games Included

Off season was a bit turbulent as Brian Ching was stolen by Montreal from the Dynamo only to have him returned just in time for the season to start.

Everyone was happy to have Bring Ching back-

Of course being a unique group of guys they have all sorts of ways of keeping in shape during the season.

One of which is foursquare. 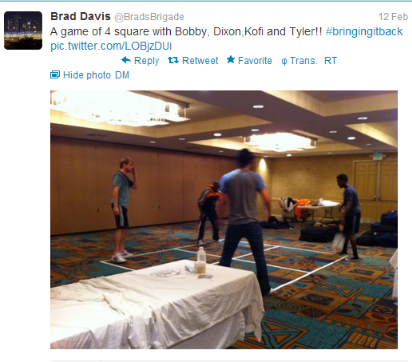 Another is the manly sport of Yoga.

But our guys also like to dance. Be it on the field-

As well as off the field 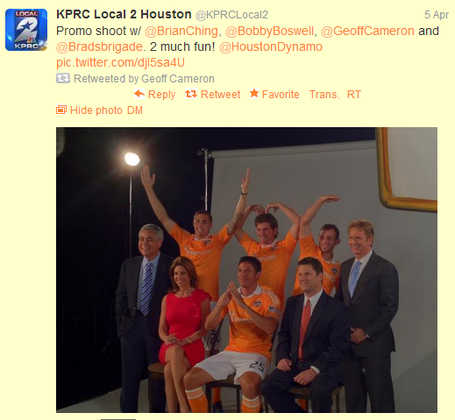 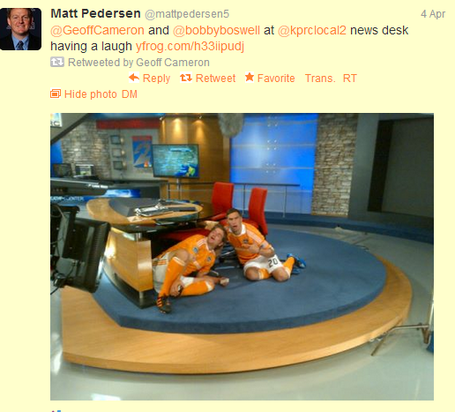 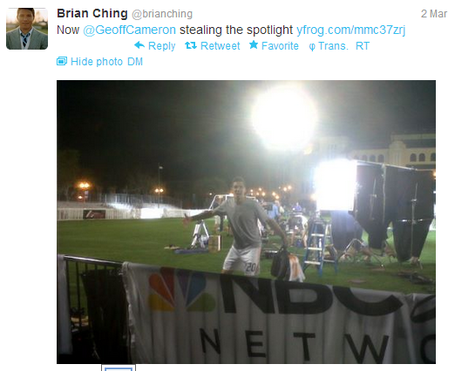 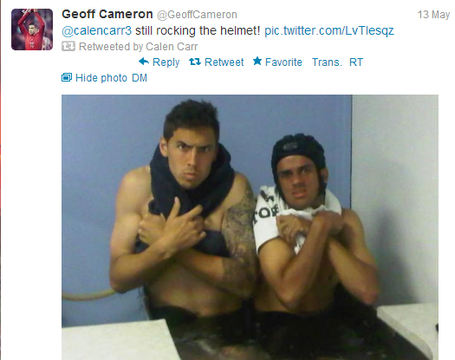 The players are always looking for ways to help them on the field. 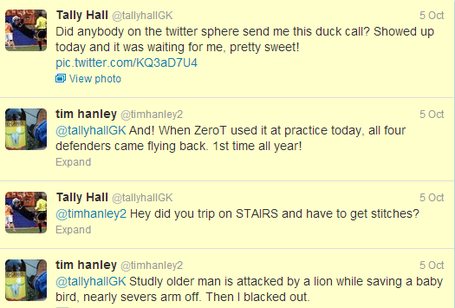 Some people think that athletes are demi-gods who no longer lead normal lives. But our guys do normal things like us like watch the Olympics- 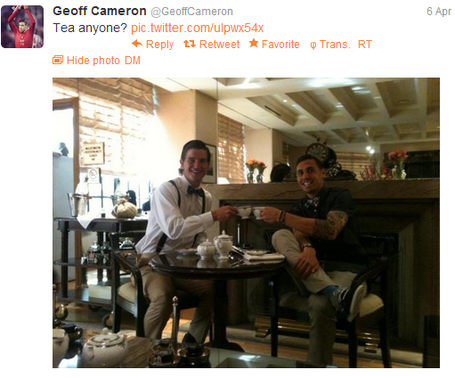 Get stuck in elevators-

They also fly on air planes and surprisingly, at least to my knowledge, none of them are on any watch lists.

Some times they get a little angry at things in life

And even when they are no longer on the Dynamo they are truly forever orange. Be it Stuart Holden giving out fashion advice. 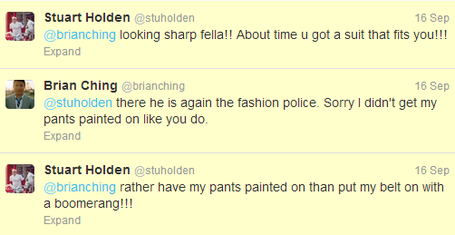 Even though Geoff had a little problem forgetting Brad Davis almost every time.

The players are always ready to have a little fun with each other even on the road. 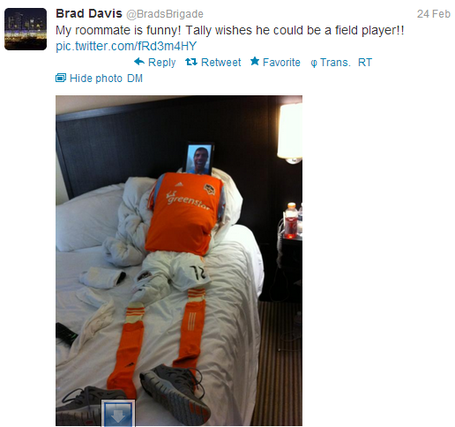 They never shy away from making a bet with one another and even better for us they pay up. 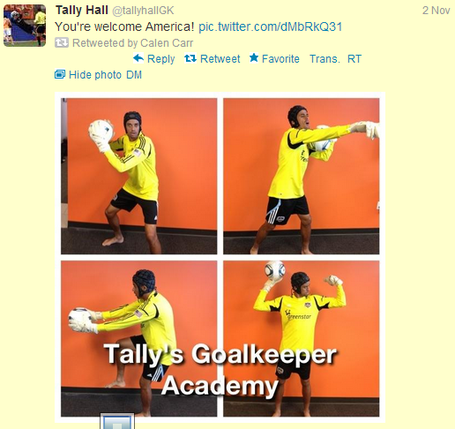 *If the gif is not moving click on it and it should spring into action.