2012 Dynamo Theory Creamsicles: Moment of the Year is the opening of BBVA Compass Stadium!

In our final award, we highlight the absolute top moment of 2012. Sure we were crowned Eastern Conference Champions, advanced to the MLS Playoffs and the MLS Cup, and even continued on in the CCL. But nothing in 2012 will ever top the long awaited opening of our home - BBVA Compass Stadium.

Share All sharing options for: 2012 Dynamo Theory Creamsicles: Moment of the Year is the opening of BBVA Compass Stadium!

The wait is over! The ballots have been submitted, counted, recounted, and are now here for your viewing pleasure. Dynamo Theory has released the 2012 Creamsicle winners over the last 10 days and will be complete today with the release of the final two awards.

Winning trophies tend to be the biggest moments of any sports franchise's season. And we did that. And we did it in storybook fashion - winning the Eastern Conference Championship against rival Sporting Kansas City. In any typcial year, how could that be topped?

Well in Houston, 2012 was about something else. Home.

2012 was the year of BBVA Compass Stadium. In 2006 when the San Jose Earthquakes headed East to start a new life in orange, there were dreams of a brighter future. Dreams of a soccer specific stadium and a permanent residence with an incredible fanbase to follow. Well the fans showed up immediately, but the stadium plans went through years of negotiations.

On May 12th, 2012 - the players, the front office, and the fans had to wait no more. The opening of BBVA Compass Stadium is etched in the minds and hearts of all Dynamo fans. The inaguaral game went down in the history and story books. Brad Davis, one of the originals, sent the 22,000 fans home with some of the greatest feelings and memories they'll ever have.

Houston went on to dominate every MLS team that came into our new home and it quickly became a fortress. The Dynamo have a solid history of success at home since their first season, but in 2012 made history by becoming just the fourth team in MLS to finish a season unbeaten at home.

And as we bring the 2012 Dynamo Theory Creamsicles to a close, the great news is the 2013 season is right around the corner. And on March 2nd, we'll get to open the doors to BBVA Compass Stadium for the second year. And you better believe we'll be seeing a lot of winning in the coming year.

BBVA Compass Stadium - what a place to call home. 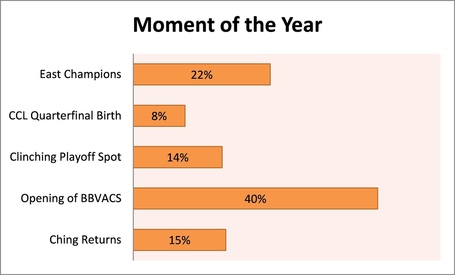 In fitting fashion, I think it's an excellent time to watch this video again. Afterall, this is home...

"No single moment meant more to the team on the whole than the christening of BBVA Compass Stadium with the first MLS match. All the hard work, all the pressing the city, it all paid off. It was a brilliant moment, and spoke to something much bigger to come -- an undefeated home record throughout the MLS season."

"The whole fanfare on May 12th was great for a couple reasons. One - BBVA opened. Two - I had just graduated from Trinity University. My friends and I rushed over to where we were celebrating our graduation and turned on the game just in time. It was glorious."

"Being Eastern Conference Champions is awesome. Even better to do it two years in a row. But looking back on an amazing 2012, nothing will top May 12. I was honored to hold the American flag during pre game ceremonies, and the emotion inside that building was indescribable. Add a win on an wonderful goal from an "original." 2012 is the year of BBVA Compass Stadium."