The Houston Dynamo took a giant leap in the Houston media landscape by reaching an agreement with Comcast SportsNet Houston to broadcast 15-20 games for the next three years.

By now, you've all read the press release and are aware of the big news announced Wednesday evening as most were leaving work. Comcast SportsNet Houston will become the official TV home of the Houston Dynamo for the next three years - with the idea of a long term relationship in mind.

For the second year in a row, Dynamo fans should be rejoicing over another historic moment in the history of the young franchise we support day in and day out. The agreement with CSN Houston and the Dynamo will give soccer in Houston a well deserved "big sport" feel and propel the men in orange to a bigger stage.

While a TV broadcast agreement would normally be met with excitement, today's news has been received with varying points of views.

Let me say this - I don't have Comcast, so as of today I can't watch this season's coverage on Comcast SportsNet Houston. But that doesn't stop me from recognizing a giant step forward for the club I support.

Fans have a short memory. It wasn't that long ago the place we gathered at least 20 times in 2012 was just an emply lot running along Walker, Texas, and Dowling street. BBVA Compass Stadium wasn't built overnight; it took years of work to see this dream come to life. The Dynamo Front Office lobbied on the political side, fans held protests and signed petitions, and year after year small steps were made. Last year, fans were able to reap the benefits of the hard work of so many and soccer took a step towards "the big time" on May 12, 2012.

This isn't much different in my opinion. Like I mentioned, we (fans) have a short memory. Not long ago, I was embarrassed to explain to random people who would ask me what TV station the Dynamo played on when we had the agreement with 11.2. For years the club and fans have wanted a real TV deal - the kind that can help grow the brand and with a station that stands behind the Dynamo.

Last year, we saw the start of something big. The Dynamo struck a deal with KPRC Local 2 for six games to be aired. The KPRC team covered the Dynamo pretty well throughout the year and we all felt like the Dynamo were stepping in the right direction. Dynamo 360 was the first time we had a respectable show that showcased the team, players, and analysis.

In comes Comcast SportsNet Houston. Live pregame and postgame coverage, a weekly in-season magazine show, a monthly offseason show, a preseason preview, a postseason wrap up special, and a behind the scenes documentary series.

Here is where you take a deep breath and take in that last sentence.

Pregame and postgame coverage is a given right? A weekly special is pretty cool. But come on - who covers the offseason (except for Dynamo Theory... shameless plug)? Who gives the Dynamo any comprehensive media coverage for their preseason and postseason? No one.

"The key thing was finding a television partner who believes in the Dynamo and shares the passion and commitment for growing the game," said Dynamo president Chris Canetti. "CSN is that partner and is demonstrating its commitment through high-quality match production and an array of in-depth programming that will be rich with content and fuel discussion about the team."

Alright, so there is an elephant in the room and we can't get much further without acknowledging it. CSN Houston reaches an estimated 40% of Houston households. If you don't have Comcast as your cable provider, as of today you're not going to be able to view the 15 games CSN Houston will air. That isn't the best news you could hear, but it certainly won't be like this forever. CSN Houston will gain distribution to other providers - it's just a matter of time. And, I would bet on the sooner, rather than the later.

However, we (the fans) have to step up and do our part. It's time to be "glass half full" type people and believe we can make an impact. If you're one of the folks that doesn't have, doesn't want, or doesn't care about Comcast as a cable provider, put pressure on your carrier to make CSN available to you. Use all the weapons out there - social media sites like Twitter and Facebook, but at the end of the day, you have to tell your provider you demand CSN.

The thing each of us has to understand is this station is growing - but the most important part is it wants to grow with the Dynamo in its plans. I spoke with Chris Canetti and CSN Houston President and GM Matt Hutchings today about the deal.

"It is one of the best television deals in MLS and symbolizes the incredible growth and development of our club and League," said Chris Canetti.

It's time we take a step back, take a deep breath, and remind ourselves things don't happen overnight. We didn't have a home for six years in Houston - we were red headed step children in a run down college football stadium. In the previous years, our television coverage felt the same. I don't think I need to bring up 11.2 again, right?

Here's where we started on the last hurdle we wanted to clear... 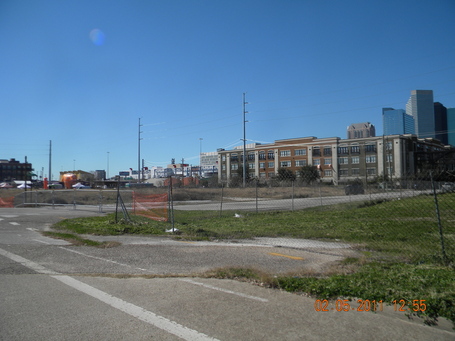 Today, the Houston Dynamo took a huge step forward. It's obvious some fans don't see it that way. My desire is after reading this, you might give the news a second thought. No one has to agree with me 100%, but all I'm asking is for fans to look at the big picture here - not short term, but long term. Kick the 2013 season out of your mind and think of the Dynamo on TV for years to come and coverage like CSN Houston is committing to provide.

Distribution challenges will be solved. We are all fans of a world class organization that doesn't make decisions if they don't believe it them. I may be one ordinary orange fan, but this fan has full confidence in this partnership and cant' wait to see it blossom.