With the start of MLS' Jersey Week, the Houston Dynamo showed their new kits to the world today and will host a fan party this evening to celebrate the new jerseys.

Share All sharing options for: Here's your 2013 Houston Dynamo Jersey

We are just days away from the home opener against D.C. United, and earlier today in a private media event, the 2013 Houston Dynamo players modeled their brand new kits they'll wear on opening day.

The latest jersey for Houston is a bit more simplistic than in years past, and is getting quite a bit of mixed reviews since the Dynamo sent photos out on Facebook and Twitter earlier today.

The home kits have abandoned all the space city blue that seemed to be a fan favorite and are a solid orange with white patches on the sleeves.

One cool feature is the addition of a small patch on the left shoulder area of the kit that reads "Forever Orange." In addition, the bottom left hand side of the front of the jersey has the Texas flag. 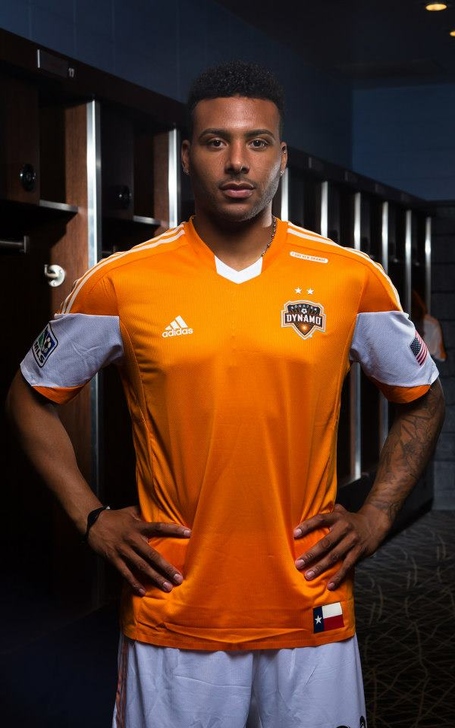 The away kits reverse the colors are are white with orange patches on the sleeves. There are no other differences between the two kits aside from that. 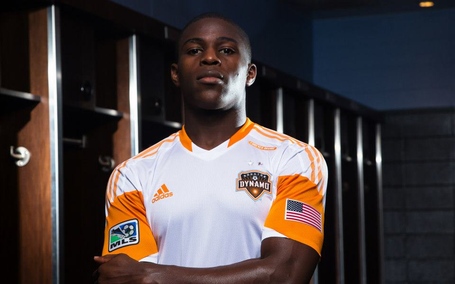 Later this evening, the Dynamo will host a public event at the House of Blues to unveil them to the masses. Players will be in uniform and fans will have their first opportunity to purchase the new kits (in replica only).

Tomorrow evening, the Dynamo will host a special event at the Team Store where the authentic kits will be on sale for the first time as well as opportunities for player autographs.

Based on the mixed responses I received on Twitter today, the discussion below should be interesting. Dare I ask Dynamo Theory faithful... what do you think of the new kits?