With first kick just days away, we take an in depth look at all the offseason moves of the Houston Dynamo and give you a few things to expect in the 2013 season.

It's that time of year where the anticipation of the new season is at an all time high. The Houston Dynamo will kick off their 2013 campaign this upcoming Saturday against D.C. United at BBVA Compass Stadium. It's also the perfect time to look at the entire snapshot of the offseason work put in by Dominic Kinnear and Chris Canetti.

Here's a look back at where the Dynamo finished 2012, who was added and lost, and what to expect from the 2013 Houston Dynamo.

Note: Each Dynamo Theory story on the related roster move are linked above next to the player. For the entire Storystream on every offseason move in one place, visit here.

While Dominic Kinnear has a number of options when it comes to formations, I think he'll start the season in the tried and true 4-4-2. I have Giles Barnes listed as a starter below in an attacking role, but I realize the safe bet is Adam Moffat to start the season off. 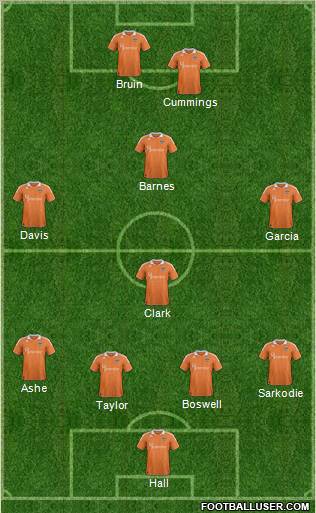 Bold prediction: The final hurdle is cleared this time around and Houston gets that elusive third star.

Biggest fear: Injuries to key star(s) that Houston can't get past and the club misses the playoffs.

For the second straight season, the Houston Dynamo made it to the MLS Cup - only to lose to the LA Galaxy. Being the runner in the championship game is never a failed season, so putting what the Dynamo have accomplished in perspective the last two seasons is impressive. With a host of challenges to keep an MLS roster together and conform to salary cap requirements while having ownership that doesn't let you spend big like LA, Houston is the best at using what they have, finding raw talent, and fielding a quality product.

With that being said, 2013 should be another year where Houston competes for the top spot in the Eastern Conference and should be an MLS Cup contender. In addition to league play, the CONCACAF Champions League will continue with the Dynamo looking to get through tough Mexican competition if they want a shot at winning that title.

Last season, depth proved to be an asset for Houston and this year should be no different. While they lost a key defender (Hainault) and striker (Kandji), they replaced them with Eric Brunner and Omar Cummings. Time will tell, but it's possible both could be upgrades at their respective positions.

This year's midfield is giving fans the biggest feeling of anticipation after a key acquisition and the possible breakout of a young star. Giles Barnes appears ready to take control of a spot no one has seemed to command in several years - attacking midfielder. Barnes is having an outstanding preseason and looks to capture more playing time and fight for a starting spot after a full preseason with the club. If Barnes' potential he showed as a youth is reached this year, Houston could arguably have the best midfield in all of MLS - with Ricardo Clark, Boniek Garcia, Brad Davis, and Barnes.

In addition to Barnes, the Dynamo added another English born midfielder, Andrew Driver. Driver, who will likely provide depth on both sides of the field, is currently in midseason form after joining on a loan to own deal with Hearts in the Scottish Premier League.

One of the big questions coming into the year is Omar Cummings and how he'll adjust to life in Houston. Being two years removed from his best season, there is no doubt it will be tough to fail with Davis and Garcia behind the Jamaican striker. He'll be able to play off the bigger and stronger Will Bruin and both could be headed for career years.

The Dynamo core defensive unit was left untouched and shouldn't skip a beat. Newly acquired Brunner and second year defender Warren Creavalle should be ready to step into a big role during CCL and US Open Cup games. Additionally, former Dynamo Mike Chabala has made his return to Houston and will act as a backup in the left back position.

Tally Hall continues to improve his game and everyone is taking notice, evident by his recent call up to the US Men's National Team. Tyler Deric will likely be the starting goalkeeper in all the CCL matches, which works for Houston because there isn't much of a drop off between the two young keepers.

Houston marched into the offseason with little to work on. The goal more or less was to add some depth for their deep schedule, replace a couple of players, and keep the core together. The starters in the 2012 MLS Cup will all be in orange at the start of the season, with Calen Carr the only one inactive due to injury.

With some seeing the additions as upgrades, it's clear the Dynamo should be in the mix once again to make the MLS Playoffs. Houston is clearly one of the top three clubs in the Eastern Conference as we look towards the start of the season. If all goes as planned, I'd expect the Dynamo to challenge for the MLS Cup again. It's early to call it a given, but if the team that Dominic Kinnear and Chris Canetti has assembled this year stay healthy and play to their potential, that elusive third star could find its way above that ever beautiful Houston Dynamo logo.