How can we possibly end the Be the GM series any other way? Read for more information, and YOUR chance to win!

Share All sharing options for: Be the GM 2013 - The Final Challenge

As the Be the GM 2013 series comes to a close, the final chapter is still to be written. How can we possibly close out such a fun series?

You might be sitting there wondering how exactly this would work, and I am here to help ease your confusion.

First, you just head on over to http://fantasy.mlssoccer.com/my-leagues/2324/join/?autojoin-code=4093-2324 and create your team. You will have the opportunity to select a total of 15 players. You have your starting eleven players (1 keeper, four defenders, four midfielders, and two forwards) and then a backup keeper, a backup defender, backup midfielder and a backup forward).

Each "round" lasts anywhere from one week to two weeks depending on the circumstances, games and situations surrounding the round. During the round, every game a player on your starting eleven plays, they will earn points.

Ok, so surely you are now curious as to how the scoring system works? 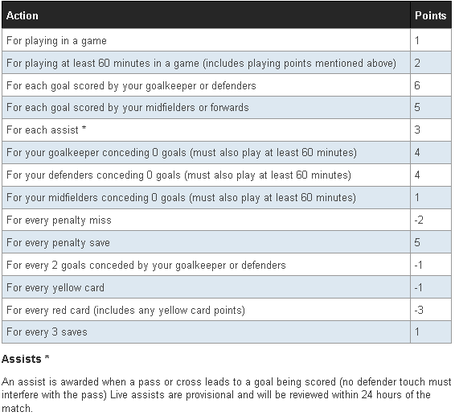 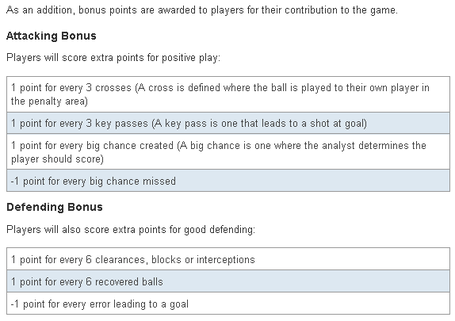 Ok, so that seems pretty clear, I think. Everyone who creates a team this week and next will receive a bonus entry to the Be the GM series contest we have been running. This gives you another opportunity to increase your odds at winning.

Also, this league will be head to head. This means you will face off against one other person in the league each round. The highest point total between the two of you wins the round and gains points accordingly. What this means is a bad week or two or three doesn't have to derail your entire season! This is a marathon, not a sprint!

So, with all of this said, I wish you good luck. The gauntlet has been laid. Do you, loyal reader, accept the challenge?