The Dynamo currently have a couple of players on their roster who are out on loan to lower division clubs. Want to know what's going on with them? Well here ya go.

Share All sharing options for: Brian Ownby putting in work with Richmond, while Alex Dixon playing time is sparse

As you may recall, the Houston Dynamo have two players out on loan to lower division clubs.

Brian Ownby is currently on loan to the Richmond Kickers of the USL Pro league until September 17. He was in Houston to play on the reserve side against Dallas, a game they won 2-1 on April 16, but is now back with the Kickers. Last weekend the Kickers played the Rochester Rhinos to a 4-1 victory. Ownby was apart of some great mid-field play that helped to create chances in the box for his teammates to score. He has become a regular starter and has looked solid for the Kickers so far. 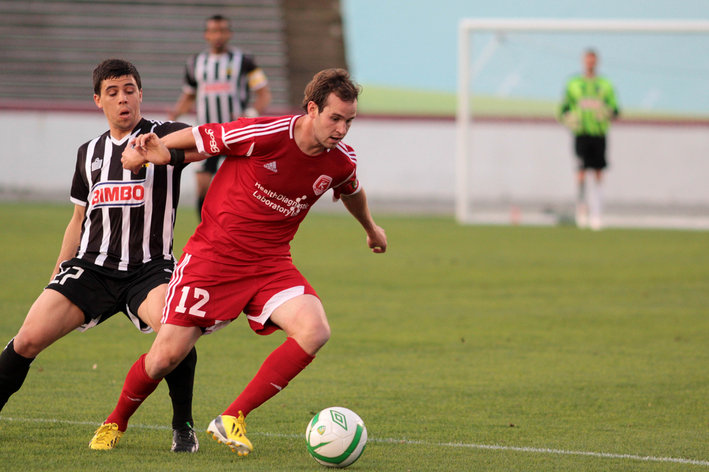 Alex Dixon is on loan to the Tampa Bay Rowdies of the NASL until May 5, with the option to extend if both parties can come to an agreement. So far Dixon hasn't been able to break into the starting XI, or received a lot of playing time for that matter. He's mostly been used as a substitute off the bench. Two weeks ago, he didn't even travel with the club to San Antonio for the opening match at Toyota Field.

The Rowdies played the Atlanta Silverbacks Saturday night. Dixon came into the game in 65' minute but was unable to make a difference as the Rowdies fell 4-3. The Rowdies have two games left before Dixon's loan is set to expire.

Give us your thoughts below on the two loanees and how they're performing so far.