If you think supporters groups are all about loving soccer and having fun, you wouldn't be entirely wrong. Somethings are bigger than soccer. Following the recent tragedies in Boston and West, Dynamo supporters came together for a great cause. On Sunday, the Texian Army held a fundraiser to support those affected in West, Texas.

Share All sharing options for: Texian Army Raises over $1500 for Abbott Fire Department

On April 17 the small town of West, TX was rocked by an explosion that occurred at the West Fertilizer Company storage and distribution facility. Over two hundred people were injured and there still is not a final death count but 12 bodies have been recovered from the scene. 10 of those 12 people were first responders.

Abbott Fire Department was one of the local area departments on the scene of the explosion. They lost three members while eleven more were hospitalized.

Despite being about three and a half hours away from Houston many people in Houston were affected by the tragedy and wanted to help. One of those people was Megan Flora, the organizer of the Texian Army Bake Sale. I spoke with Megan about the event and the outpouring of support on Sunday.

It's always been in my heart to do charity and fundraising. It's something I've always enjoyed doing. In high school and college I was actively was involved in various community projects. 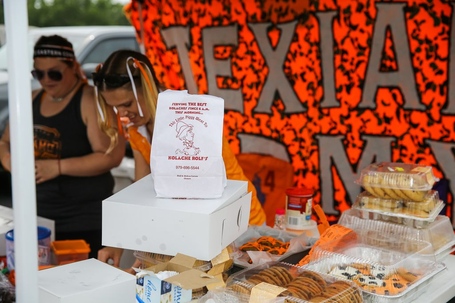 Abbott Fire Department is located in a small nearby town where the West Fertilizer plant explosion was. AFD lost 3 members and 11 were hospitalized. With the recent tragedies that were happening, I knew I could turn to my friends of Texian Army (supporter group for the Houston Dynamo) and have them help out in raising funds. So in five days, I put together a bake-sale with 100% proceeds that would benefit the Abbott Fire Department. Immediately a flood of positive feedback was received and people stated what they would bring to the bake sale. The day of the bake sale was a huge success. A lot of baked goods were donated! There was a lot of everything. (cupcakes,cake pops,mint-chocolate chip cookies, soccer ball decorated cookies) and our very own president of the Houston Dynamo (Chris Canetti) swung by and dropped off brownies with orange sprinkles that his daughters made. 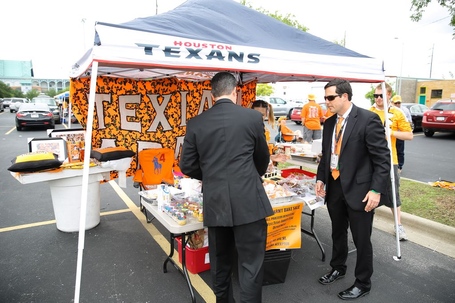 Social media played a huge part in getting the word out. We had donations from fans that were just pulling up their cars to the area and running over donations. People in the tailgating lots were walking over to buy baked goods and make donations as well. Not only did we receive donations locally, but we received from an outside of Houston supporter group. Every single person who donated whether it was $3 or $50 it all went to a great cause. We even had a raffle of donated items that brought a lot of attention to our bake sale. We had a couple player signed pictures, a 2013 team signed scarf, 2 Dynamo pillows made by a fan, and a Brian Ching bobble head.There are still actually donations coming in via pay pal as of last night so we haven't come upon the final numbers but at our tailgate alone itself was $1250, not including the couple hundred online donations! 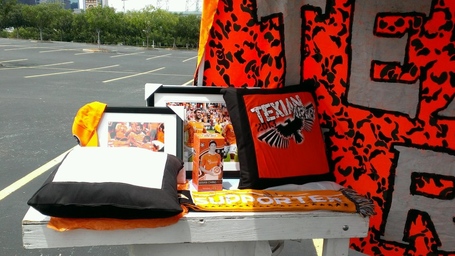 I can't thank every single person enough! I'm still so overwhelmed from the outcome of all the people who gave such positive feedback 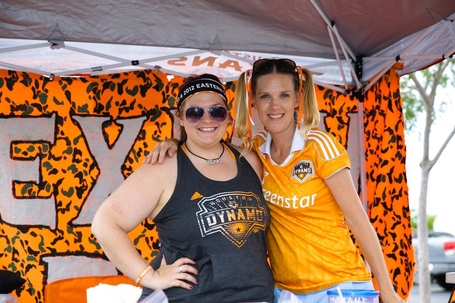 *Paypal donations have ended so that the Army is able to get the donations sent to Abbott Fire Department.