Not Stoked about Potters? Would Fans Pay More to Get More?

Does Stoke City do it for you? Or are you one of those fans expecting Manchester United or Barcelona. If the Dynamo could bring you Boca Juniors, would that be satisfactory? All in all, would you pay the price for these opponents?

Share All sharing options for: Not Stoked about Potters? Would Fans Pay More to Get More?

So, Stoke City...? That's the opponent for the 2013 Dynamo Charities Cup. It wasn't the best kept secret this year, but I'm sure once Geoff Cameron's transfer was completed last season we all knew it would be them anyway. Now that's its official, fans have been voicing their opinion on the opponent and to use the terminology "mixed reviews" could be an understatement.

There are quite a few differing opinions on the Charities Cup, but something that enters my mind when I read the various comments and opinions of fellow fans is if everyone truly understands it's not as easy as it sounds to bring in the likes of Manchester United or Barcelona. There is more to just setting up a match against a high quality team - it's about realism. The Dynamo have to be able to pay for the teams expenses, pack the stadium (and we're talking about BBVACS here), and profit from the match. After all, what fun is it to have a match that benefits charity if it doesn't generate anything? 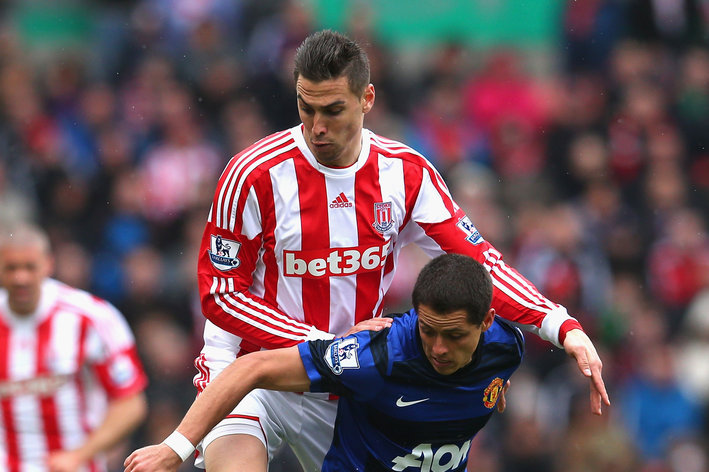 It's official: Stoke City of the EPL will be coming to Houston to face the Dynamo in their annual Charities Cup game. The Potters will be performing a Texas Two Step by playing both the Dynamo and FC Dallas in their American tour.

Each year, the top tier clubs in England, Spain, Germany, and others are what the fans want to see. Many fans I speak to don't want any more Mexican clubs - which I cannot understand at all. Others see the Dynamo bringing in Stoke City and wonder why we can't get Manchester United, City, or Chelsea. Fans seem to think it's a failure to bring in an English team that isn't considered one of the best (like Bolton two years ago).

Over the years, MLS teams have faced some big clubs in friendlies. Along with the cost of attracting top tier clubs, the competition level also could be a concern. In 2011, the Seattle Sounders faced Manchester United at Quest Field and drew in 67,000 fans - while losing 7-0. Would it really be that fun to see that happen to the Dynamo?

There have been a bunch of teams mentioned as desired opponents by fans, but two that caught my eye were from Argentina. We have faced opponents from Mexico, El Salvador, England, and Spain so far. The idea of facing one of the biggest South American clubs - like Boca Juniors or River Plate - is extremely appealing.

First of all, they're big. Especially Boca.

Boca Juniors is one of the most decorated clubs in the world and have a remarkable history that would make for an incredible build up to the match. Boca is widely regarded as the "working class" team in Argentina and would fit perfectly against the scrappy, tough "Dynamo way" style we've grown to love.

What's the difference between Stoke City and Boca Juniors besides their obvious quality? Money.

While I'm not sure of the cost Houston had to pay to bring in Stoke City, it's certainly not near the amount that Boca Juniors would require to bring their services to town. One would think it would at least be about three times the cost.

That means in order to profit, the club would have to increase ticket prices and would certainly need to reach a capacity crowd to consider a match with a more expensive club a success.

So ultimately, the question is about what Dynamo fans would be willing to pay for admission if a so called "bigger" club was an option to bring in for future matches. I posed this question on Twitter twice over the last few days, but wanted to extend it to our readers and am hoping for some detailed comments below to help us really get an understanding of how Dynamo fans feel.

A couple of questions:

What opponents would you want to bring in?

Would you (Dynamo fans) pay in upwards of $50-60 or higher to see a team like River Plate or Boca Juniors? What's the ceiling for you in terms of admission?

Did the cost of the opponent cross your mind in the past or does it bring new light to the subject?

As a paying customer, do you care about the club's cost regarding setting up these friendlies or do you just want the satisfaction of seeing the best teams in the world?