Houston Fire Department Soccer Team has a fundraiser coming up on February 1st, 2014. They could really use your support!

The HFD Soccer team has several fundraiser going on and they need you to make them a success. First they are doing a gun raffle which will be drawn at their chili cook off. Raffle tickets are available at http://hfdsoccer.com. Secondly, they are doing a chilli cook off. The cook off will take place at The Phoenix and they are looking for teams to compete and of course people to eat it. The cook off is on February 1 kicking off at 1pm.

HFD Soccer team is made of up players from the Houston Fire Department and everything comes out of their own pockets making fund raisers like these vital. The teams has competed in numerous tournaments including the Texas Firefighter Games. They also went to Belfast, N. Ireland and competed in the World Police and Fire Games where they won two games and lost three. And if you attended last years Guns N Hoses match at BBVAC last year you saw them beat the Police department 3-0.

Costs can get high in a hurry so help the players keep their costs down and buy a raffle ticket and it some chilli! 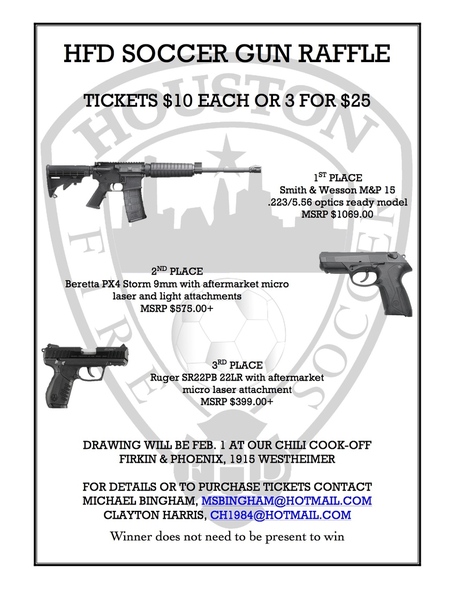 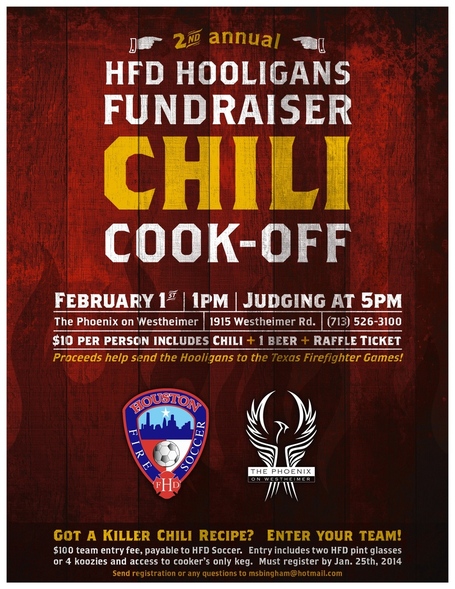