Who Needs Shutouts, Anyway?
With only one shutout recorded all weekend -- via Real Salt Lake's somewhat-surprisingly lopsided 3-0 win over Toronto FC -- fantasy defenders with more than four points were few and far between. It was an odd week all around. The own goal stat claimed its first two victims of the season in Matt Hedges and Victor Bernardez, and several penalties were scattered amongst the matches (I'm looking at you, Vicente "Four PK goals" Sanchez).

My team was all hit-or-miss. My top five players combined for 45 points, while my other six, including my captain, netted a whopping 16. Despite my now-expected poor captain selection, I managed to scrape together another decent score, and bring Team Rabbi back into the overall Top 500: 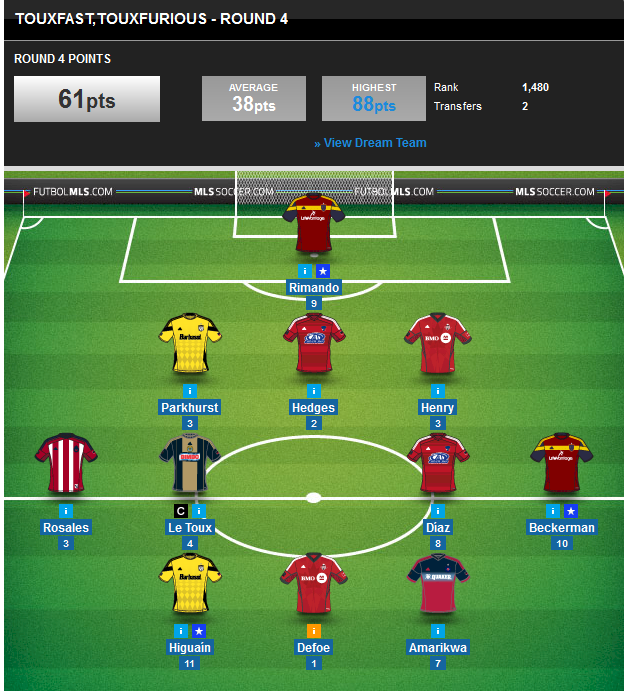 I wanted my captain to score Le Ten, but he only managed to be Le Toux.

Low Ownership, High Production:
Midfielders and forwards ruled the week. "Captain Fantasy", Graham Zusi, lead the way with a goal and two assists. Alvaro Sabario and Vicente Sanchez both bagged a brace with some help from their referees, and Federico Higuain continued his consistent fantasy production (11, 6, and 11 points in his first three games) with a goal and an assist. A majority of the top-scoring fantasy players were owned by less than 10% of the fantasy managers, which shows in the low 38 point average for the week.

Here are the top scorers in Round 4 (Full fantasy stats at: MLSSoccer.com): 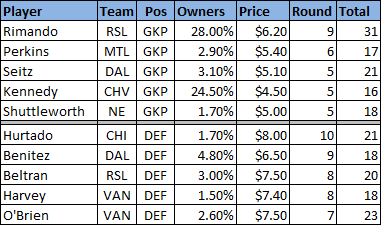 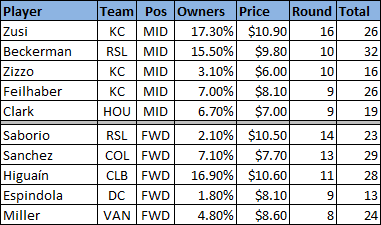 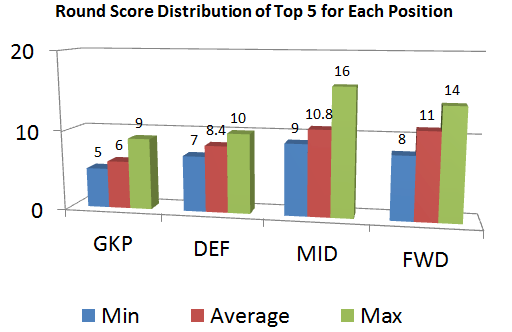 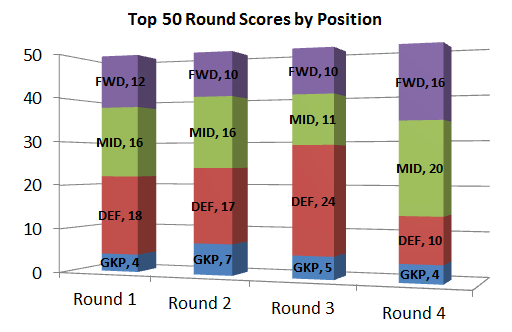 Seeing Double
So, if you're a new player that's spent some time looking at the players' upcoming fixtures, you may have noticed something odd: some teams have more than one match in a Fantasy MLS round. This is what is called a "Double Game Week", or "DGW" for short. During these rounds, players' scores from BOTH matches count towards their total score for the round. The first DGW team is the Philadelphia Union, who play both the New York Red Bulls and the Houston Dynamo in Round 7. This is something that should definitely be on your radar. Union players will get two shots to earn points for their fantasy teams, which also means that these players will be more popular and will likely see price rises in the next two game weeks. Strategy-wise, one other thing to consider is that teams with midweek matches are more likely to rest and rotate players, so it's important to be picky with DGW choices, just as you would any other transfer. The next DGW is in Round 10, where *six* teams are involved: COL, CLB, DAL, HOU, SJ, and SEA. Here is the schedule for the next few weeks, with the byes in red and the DGWs in green: 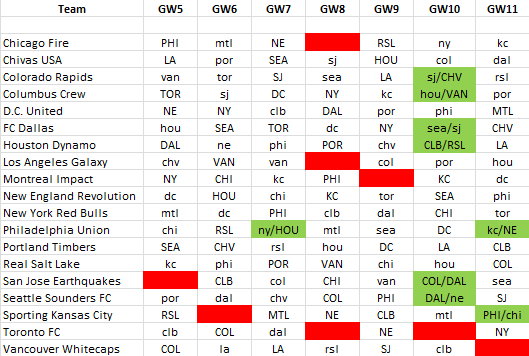 Week 5 Notes: Crew's Control
It's hard to argue with the Columbus Crew's form right now, and with three of the next four matches at home, guys like Higuain, Michael Parkhurst, and Bernardo Anor are worth looking at. The Union have two tough games coming up at Chicago and then back to PPL Park against RSL, but as I mentioned, they play twice in Round 7, and then twice again in round 11. The Red Bulls play at struggling Montreal and DC over the next two weeks, so there's definitely an opportunity for goals on both ends of the pitch in those matches. FC Dallas and Houston Dynamo both also have decent sschedules leading up to the DGW in Round 10. The LA Galaxy have an "away" game against Chivas, so if you're looking for a one or two-week gamble, LA outscored Chivas USA 7-1 in their three encounters last year.