My team suffered its first zero score, mostly due to me deciding to having a life outside of MLS for a few hours on Saturday. It doesn't happen often. I found out -- after my pre-derby dinner, and too late to make an adjustment -- that neither Rimando nor Vicente Sanchez were playing. Granted, I wouldn't have been able to do anything about Rimando, as I didn't expect him to miss, and so didn't have a backup goalkeeper. However, I could've used those extra few points from my bench to replace Sanchez's goose-egg. Being the optimist that I am, I look at the silver lining. I didn't captain David Horst: 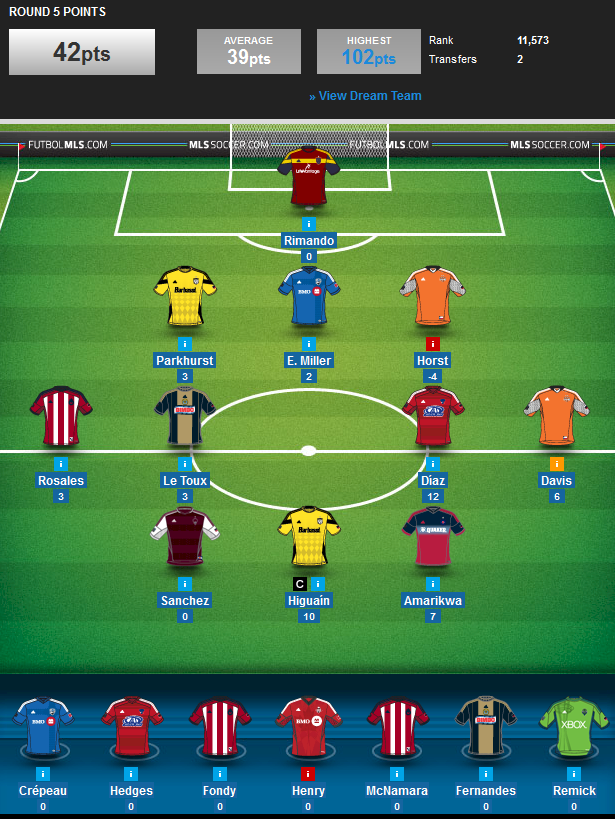 Low Ownership, High Production, Part Two
For the second week in a row, a majority of the top-scoring fantasy players were owned by 10% or less of the fantasy managers, which again translated into a low 39 point average for the week. Clint Dempsey's hat trick in the Cascadia rivalry stole the show, netting his owners an incredible 18 points. Jose Mari's goal of the week-contending bomb fueled him to 13 points, and the Dallas midfield put in another solid shift, as Mauro Diaz and former-Dynamo JeVaughn Watson ran roughshod over 10-man Houston in the final 30 minutes of their match.

Here are the top scorers in Round 4 (Full fantasy stats at: MLSSoccer.com): 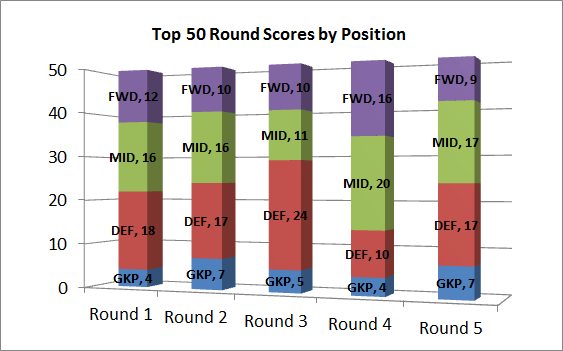 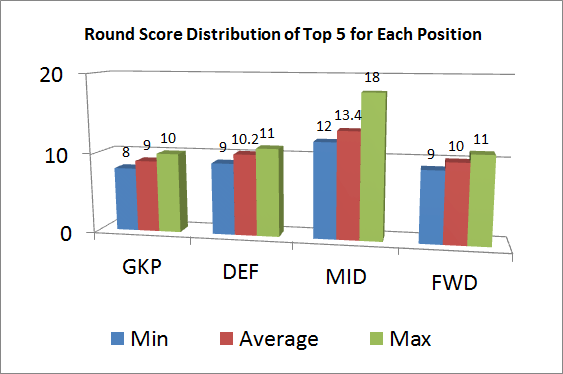 What to Do With the Dynamo and the Double-Game Weeks
Horst will definitely miss the New England match for his red card suspension, and Brad Davis may not make the trip due to his injury halfway through the rivalry match. However, I'm definitely going to be holding both in my lineup. I won't be starting either one in Week 6, but both will be key components of the Dynamo's stretch of double-game weeks, including two matches in Weeks 8, 10, AND 12. The real trick is going to be determining which other New York Red Bulls (DGW: 8), Philadelphia Union (DGW: 7, 11) and Houston Dynamo (DGW: 8, 10, 12) players to transfer in over the next two weeks.

These are the players I'm looking at for Weeks 7 and 8:

Defenders: David Horst (HOU, $6.0, 19 pts) will be back in the middle for the two games in week 8, and even though Kofi Sarkodie (HOU, $6.6, 19pts) doesn't get a lot of CBI bonus points, he is a locked-on starter for the Dynamo. New York's back line hasn't picked up a clean sheet this season, and there are no guarantees about the Philly starting XI. I may pick up a last-minute starting Philly defender, since Philly hosts the first game of week 7.

Dominic Kinnear said Brad Davis is day-to-day. He did work on the side today.

Forwards: Will Bruin (HOU, $8.5, 26 pts) has been quiet for the last couple of weeks, but he'll get plenty of opportunities over all the upcoming matches. Thierry Henry (NY, $11.0, 14 pts) is always a threat, but keep in mind, he didn't travel to Columbus last year, who the Red Bulls are matched up against in their second match of DGW 8.