This week in Fantasy MLS, we break down the best budget options for Weeks 12 and 13.

It's been brought to my attention that not everyone in the Fantasy MLS game is swimming around like Scrooge McDuck in make-believe cash. With that in mind, this week, we're going to focus our finely-honed radar to only seek out players costing $8.0m or less. Since we're in an oddly-arranged section of the MLS schedule, where certain teams are being forced to fly from coast to coast in a span of a couple of days, I'm going to examine both Round 12 AND Round 13 players, so that you'll be well-prepared. The end of the Round 12 transfer window -- and subsequently, the beginning of the Round 13 window -- occurs TODAY, May 21, at 6:00PM Central.

Without further ado (full Fantasy Stats can be found here): 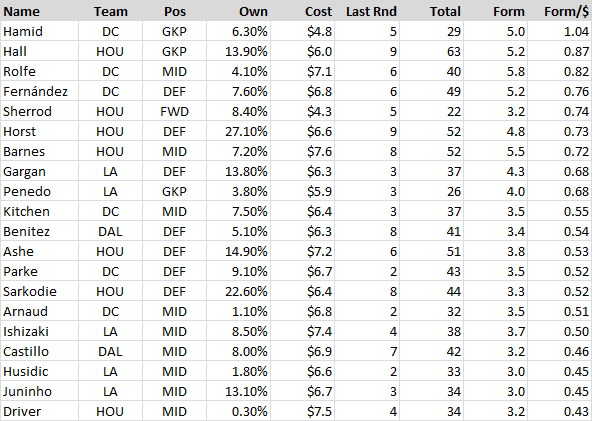 Who from this list are you planning on picking up? Was anyone left out that should be looked at?

Best of luck, and as always, be sure to pick a different captain than me!*

*Round 11 not included -- I chose Dom Dwyer... that should not have worked.