Six Degrees of Waldrum: Coach's connections to the roster before the Dash

Mapping out all of the connection Randy Waldrum shares with the Dash roster.

Share All sharing options for: Six Degrees of Waldrum: Coach's connections to the roster before the Dash

We always hear during games just how Randy Waldrum is connected to this and other teams from his long time at Notre Dame as well as with the USWNT U-23s. It can be hard to keep track of all of the connections that he shares with the players on the Dash roster. What better way to lay it all out than with a mind map.

Of the twenty-two players on the Dash roster we can connect sixteen of them to his time with the U-23s and Notre Dame. While some connections are easy like Brittany Bock playing under the coach at Notre Dame some are more complex. For instance Notre Dame facing Illinois in the second round of the 2007 NCAA Tournament. The captain that year for Illinois? Ella Masar.

In an attempt to keep things from getting too complex we limited the mind map to players he directly coached or coached against in college. Of the Dash's international players Nina Burger, Kaylyn Kyle, Erin McLeod and  Osi Ohale never faced or played for Waldrum before coming to Houston. McLeod missed the chance to play against him by one year when she joined Penn State. Marissa Diggs and Rafa Souza are the only U.S. players who had never played against or for Waldrum before this year. 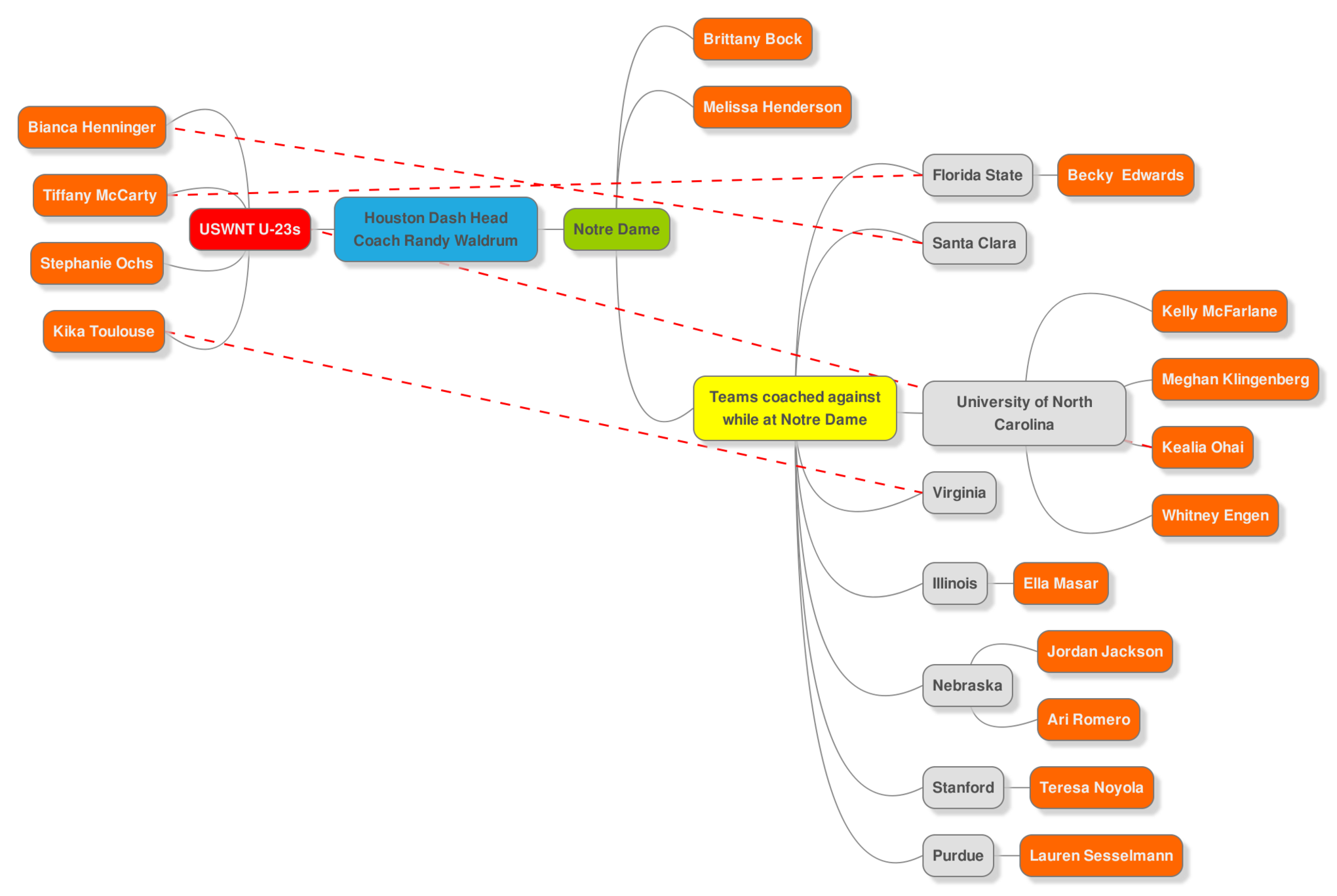