Put Your Shades On. The Future is Here.

Share All sharing options for: Put Your Shades On. The Future is Here.

Some people love it. Some people hate it.1 Others don’t really care. All of those opinions are valid, and we’re not here to disabuse you of them. You're free to think what you like. This is America. Or Canada.

In fact, the spirited reactions showing up on social media and in other places are a sight of health. People are paying attention and they clearly have an attachment to the brand. That's a good thing.

And anyway, there's a more interesting way to look at this. When a company brands itself, the logo is the clearest visual indication of how they see themselves and how they want us to see them. Looked at that way, the new logo is a window into soul of MLS. You may think that's a bit heady, and it might be, but I'm going to ignore those concerns and plow headlong into a more detailed analysis.

So what is MLS trying to tell us with the new, slick, modern, minimalist logo(s)? 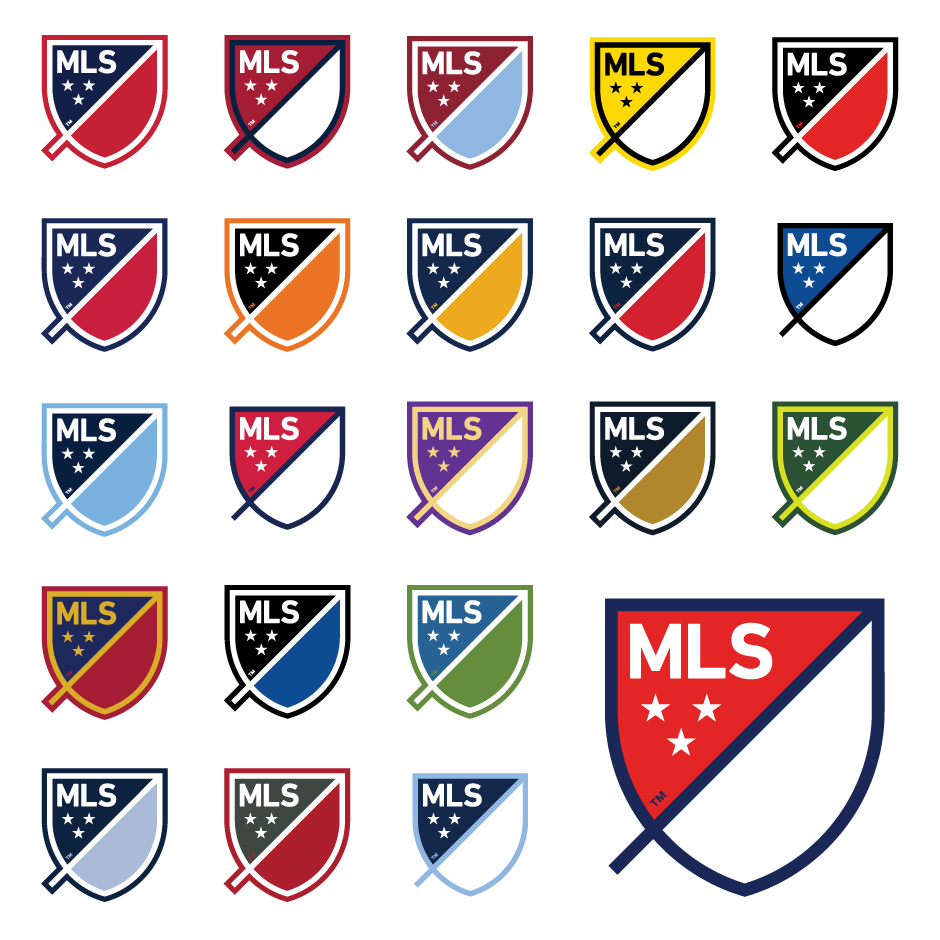 Well they tried to do it in their own words. The unveiling came with a bunch of marketing speak that doesn’t and shouldn’t mean anything to anyone. It’s meaningless blarney meant to sell something to someone, not to give any actual insight into how something came to be (or in some cases, what it says about the brand on even a basic level). So let's start there and parse a bit of the league’s own language.

The slash refers to soccer's speed and energy. The slash begins outside the perimeter and drives upward at a 45-degree angle to illustrate both the nonstop nature of our game and the rising trajectory of our league. It bisects the crest to create a "first half" and "second half."

A MORE LIKELY EXPLANATION: The slash is just visually interesting. It also has roots in the old US soccer jersey. It’s identifiable iconography in a league that lacks the historical cues and symbols that other leagues get to play with. But also the designer who comped this up just liked the slash and thought it looked cool. They left it dangling off the end because they wanted to do something to differentiate themselves and because it looks dynamic.

The three stars represent the pillars of our brand: For Club, For Country, For Community.

A MORE LIKELY EXPLANATION:Three stars filled the space well. Two left it unbalanced. One made no sense. Four was too many. So they made up a story about why there are three stars because they knew people would read into and ask.

The perimeter represents the lines that mark off the field of play.

A MORE LIKELY EXPLANATION: Images have to start and end somewhere.2

The first half contains MLS and the three stars. The second half is an open white space that brings you in and out of the MLS world.3

A MORE LIKELY EXPLANATION: They liked the negative space. It keeps the logo balanced and implies sophistication. And it gives the visual some breathing room.

There’s more than that, and it can all be found here. But OK, if you peer past all the empty language that typifies much of what is wrong with modern marketing and branding, this logo IS actually saying a lot. There are a few statements being made here by the league. If the old logo said, "Hi, welcome to MLS, we’re all amateurs here"4, this new logo says something very different.

WHAT THE LOGO ACTUALLY SAYS

MLS has grown up. A lot. This is something that even casual fans already know. The players are better. The supporters are more passionate and numerous than ever before. There are more teams. More stadiums. More stars. At times it’s felt like a painfully slow process, but suddenly here we are. And even though we all know it, it’s still jarring to see such a stark reminder that American soccer is an entirely different place than it was 20 years ago.

As a result, the old logo has become a bit of a vestigial tail. The representation of a league that no longer exists. One that has been replaced by a league that's superior in every way, and will only get better. If the visual identity is going to reflect MLS 2.0 (or whatever iteration we’re on now), it makes sense that it would stand in stark relief to the original logo.

GET ON BOARD OR GET OUT OF THE WAY

MLS no longer feels the need to court the uninformed or win over the uninterested. The cleat and soccer ball were in the old logo for a reason, and they’re not in the new logo for a reason. Gradually, the target for MLS has changed and now that everyone understands offsides, the league no longer feels the need to shout LOOK, SOCCER! with every communication.

MLS IS NOT EVERY OTHER SOCCER LEAGUE

This identity is the product of a brand that feels confident enough to do things its own way. The new look uses the conventions of sports and soccer logo design but cleverly subverts them in a couple ways: by going outside the traditional crest boundary, by using whitespace in a unique way, and by giving clubs the ability to customize their logo.5

Soccer is different in North America, and we’re no longer ashamed of it or trying to "fit in." MLS is what MLS is, proudly.

Disregarding the fact that when it comes to logos, minimal is always better, it’s plain to see that MLS has their eye on the future. The design is simple enough that when it’s time for an update, they can make a simple evolution instead a wholesale re-branding. Think the way Ford or the NFL has changed their logo over time. When your logo is clean and uncomplicated, you can stay current with design trends and sensibilities without blowing up your brand.6

If your visual identity lasts 20 years, you’re restarting with every generation. When it can stay the same but evolve slightly with time, it's timeless.

The old logo made that impossible. The new logo is, as Ford would say, built to last.

A couple hot soccer takes that you're free to either take or leave.

By this time next year, almost everyone will be cool with the new logo. It's going to look fantastic integrated into jerseys designed with it in mind.

In two to three years, the league will allow teams a little more leeway in customizing their logo. Clubs/fans will love this.

In twenty years MLS will evolve the logo and everyone will hate it. 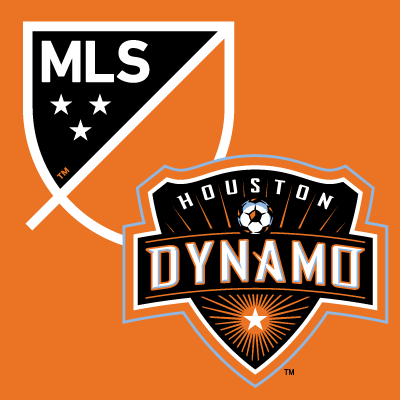 FOOTNOTES
1. It’s an interesting/frustrating phenomenon that whenever a brand re-works its visual identity, loud voices come out of every corner to shout their disapproval. Never mind that everyone knew the old one was terrible and outdated. The echo chamber has made it seem like we all hate everything now (until a month later when we’ve forgotten about it). I've only seen a couple polls and they all indicate that the logo is decently well liked, but if you get on Twitter, it's an entirely different story.

2. This one’s a head scratcher. Why did the MLS think the border needed explaining? Did they really anticipate an onslaught of comments like "Why does the image have a border?" and "I’m tired of imagery that’s self-contained" And, "Bro, stick with me bro, but what if the image never ended. What if it just went on forever. Like… to infinity. Broooo."

3. This reads a lot better if you’re high.

5. I’m sure Adidas was consulted in this process, and they’re probably over the moon with how it all worked out.

6. Simplicity also has the added benefit of being quickly identifiable and easily recalled.