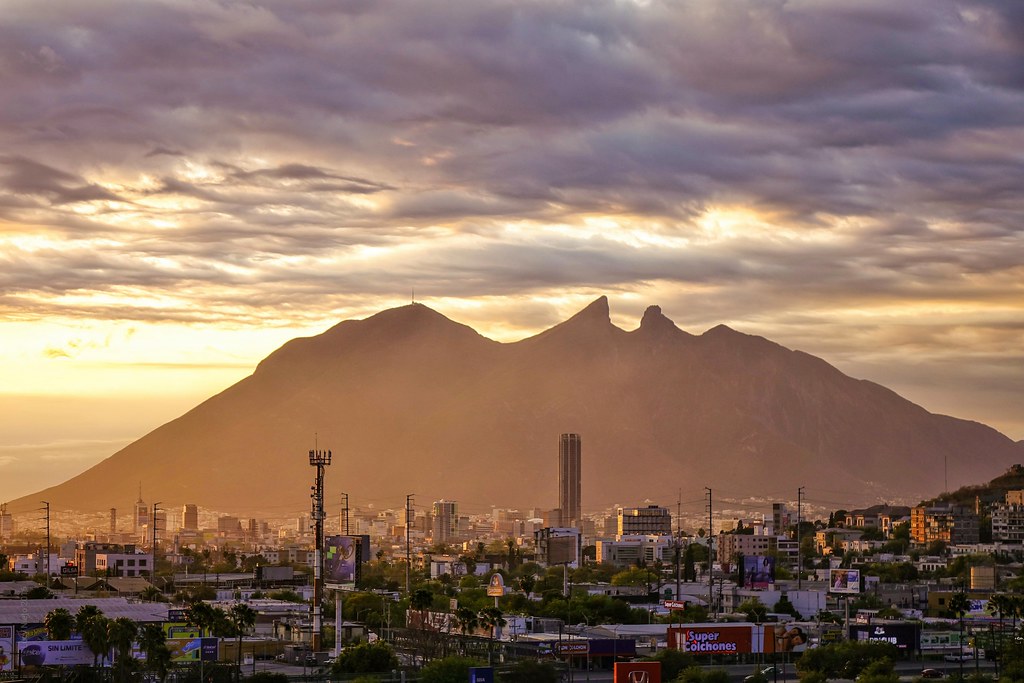 The Dynamo were in Mexico this week for the second leg of their quarterfinal match up with the UANL Tigres of Liga MX. Since its initial inception as the Champions Cup, Mexican teams have dominated the CONCACAF club tournament by claiming 34 out of 55 League or Cup titles. Teams from the US have only won twice, both from MLS; DC United in ‘98 and the Galaxy in 2000. Despite having real hardware and a berth in the FIFA Club World Cup on the line, the tournament is largely ignored by the US sports media. Many fans probably didn’t watch this latest Dynamo match, due either to the 10:00 pm local kickoff time or the limited options with which to even get it on a TV. Knowing all this, as the die hard fan that you are, why not travel to the game? I counted a total of just 12 other Dynamo jerseys in the stands, though half of the visitors section was blocked from my view. Kudos to those that did make the trip down.

Dynamo fans, as with most Americans, probably don’t know much about major Mexican cities outside of the Ciudad de México. I’ve had the pleasure of living in Monterrey, Nuevo León for about 6 months now. It is Mexico’s third largest city by metro population behind the CDMX and Guadalajara. Despite the bad reputation Northern Mexico gets in the US, I have not once felt unsafe here in the city. I take the usual precautions and that has been more than enough. Getting here from Houston is pretty cheap and easy either flying or driving. And it’s a beautiful city without a real parallel in the US. The geography and climate is reminiscent of SoCal without the ocean, or Salt Lake without the snow. The city is centered on a dry plain off the Santa Catarina River, and pushes straight up onto the surrounding mountain sides which are all just about 5 or 6 miles away. The iconic Cerro de la Silla towers over the landscape from every direction and the front range of the Sierra Madre Oriental mountains creates a 3000+ ft wall to the southwest. The landscape is made of incredible views and makes for some great hiking and biking as well as some world class rock climbing.

A quick disclaimer: I am not a professional photographer by any means so I apologize for the following blurry pics. The light was pretty challenging with the many bright fluorescent lights in the dark. I also found out the hard way that security doesn’t appreciate fans walking around taking pics of the stadium. I had my camera battery confiscated before the match began. Welp, lesson learned I guess. I probably should have watched Green Street for a refresher course on proper journo conduct.

A few hours before kickoff I hopped in my semi-faithful steed and made my way over to the stadium. Estadio Universitario (aka El Volcán) is on the campus of the Universidad Autónoma de Nuevo Leon (UANL) and has been the home of the Tigres since 1967. It’s not far from the city center and has a metro rail stop just a few steps away from the gates. Ubers are also very cheap here and I had several recommendations to use either option to avoid the traffic. In the end driving wasn’t all that bad and I was able to get into a stadium parking lot while only pissing off a few people. The road to the north of the stadium was under construction and the parking lots were being used as staging areas. And for whatever reason there were several strong wind gusts when I arrived and lasting through about the 5th minute of the match. So yeah, dusty. But of course none of that bothered the home crowd.

An hour and a half ahead of kickoff the fans were streaming in from the lots and the metros and grabbing some food from one of the many vendors outside. Carnitas, hot dogs, tacos, tortas, you name it. They ranged from the pop-up vendors typical everywhere here to permanent stands, a couple even open 24 hrs. A taco stand on campus open 24/7? That’s a student’s dream right there. And it was all delicious. I went for a stuffed hot dog and a pork carnitas torta, and would have had more if duty hadn’t called. All the vendors were busy but were very friendly and let me take a few pics of their stands.

Once inside I got a good look around the stadium. It’s a mostly seamless bowl with breaks for the video board and press box, and a fenced in area for the supporters groups. The Tigres fans were mostly indifferent to me, but many were very welcoming. I was able to chat with everyone around me and have a little fun. It surely didn’t feel like an atmosphere that required as much security as was present. Though, they were never really worried with a 2 - 0 lead going in.

The stadium is old. It looks and feels a bit like Rice Stadium. It’s actually a little hard to get a good look at it from outside because there are so many obstructions, but that yellow paint scheme definitely stands out. Inside it’s a concrete jungle of narrow corridors and tight seats. I had trouble squeezing my thighs between the armrest cupholders in order to sit down. The lines for concessions were long, but luckily my seat was in a box which had an attendant who would grab me an Indio when desired. I should’ve had a michelada though.

Just across town the Rayados of CF Monterrey play at the brand new and brilliant Estadio BBVA Bancomer. It’s design is a sleeker, bigger version of our own BBVA. In case you hadn’t seen this picture making the rounds on the internet, here is a look at Cerro de la Silla from inside.

Incredible. No doubt these facilities are fantastic. The Rayados are a strong team currently one point off the lead in Liga MX and earned their berth in the CCL by making it to the championship match of the 2017 Torneo Apertura (first half of season playoffs). And yet their stadium was mostly empty during a late night CCL match last Tuesday against Atlanta United. A fan sitting behind me gave me an anecdote to explain that. Apparently the rivalry between the two Monterrey teams (El Clasico Regiomontano) is so heated that the fanbase of whichever team finishes lower in various competitions gets completely demoralized. For the Rayados that means not even making it out to that fantastic stadium until the hurt has healed. Somehow I doubt the Tigres ever play to a half empty stadium. The supporters section is massive, and loud, and crazy. Just before kickoff the stands explode in confetti and streamers and lights and fireworks and song while huge blue and yellow ribbons are unfurled from the upper deck down to the lower concourse. That shit was tight, and I’ve never seen anything quite like it. These fans love this team and the atmosphere they create for each other. Which stadium they play in isn’t important.

The game was solid. Much better than last week. If only McNamara could’ve punched in that gimme, and if we’d hit on one of our other good opportunities the tone of the whole night might have changed. I like this Struna dude. And Boniek played the whole 90 and looked fast for the entirety. Love it. Our US Open Cup Championship last year was improbable for a team with the injury and depth issues we were facing. Making it to the second round of the Champions League and losing to what may be the best team on the continent is no failed effort. But here’s hoping for a rematch and a few more fans in orange next year. Cheers.