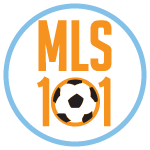 New to Major League Soccer and the Dynamo?

Been a fan for years but still don't understand allocations, the salary cap and other quirks of MLS?

MLS 101 is here to help! Ginge breaks down various MLS rules and mechanisms to help you better understand how the league works and how teams operate within in.

Lesson One: Roster Rules and the Salary Cap